How to Get Rid of Frown Lines

If you're considering Botox, you're not alone. Botox is the No. 1 nonsurgical cosmetic procedure performed in the United States. In 2007, Botox accounted for nearly 2.8 million procedures, almost double the amount of the second most popular nonsurgical procedure [source: American Society for Aesthetic Plastic Surgery].

Botox is a purified form of botulism, a potentially fatal, paralyzing disease. When injected into targeted muscles, Botox reduces the appearance of a frown line by blocking nerve signals, which relaxes the targeted muscle.

Botox is a relatively quick and easy fix for wrinkles. Injections only take a few seconds, and side effects are minimal and include headaches and temporarily drooping eyelids. Though it takes from three to seven days to see the results of Botox, the effects last for three to four months.

Considering that Botox is a form of botulism, there is the risk that when injected it could spread to other parts of the body. If this were to happen, the results would be symptoms similar to botulism, including weakness in muscles; difficulty talking, breathing and swallowing; double or blurred vision; and a loss of bladder control. Rest assured that most cases where Botox spreads beyond its intended injection site involve too-high doses of the drug used for unapproved treatments, such as treating limb spasticity in children with cerebral palsy. However, the symptoms have also appeared in adults receiving treatment in an approved manner. Symptoms can appear anywhere from a few hours to a few weeks after an injection.

If needles make you nauseous or the thought of being injected with a form of botulism freaks you out, you may wonder is there's anything else you can do to get rid of frown lines for good. Head to the next page to find out.

If you're wondering whether Botox is right for you, the American Academy of Dermatology lists several characteristics of the perfect candidate. If you're young or middle-aged, have been pretty good about protecting your skin from sun damage and have wrinkles on your neck or face you'd like to get rid of, you meet the basic criteria for the procedure. 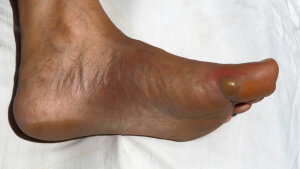 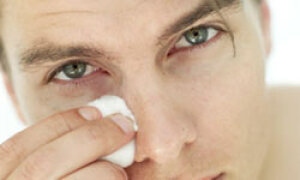