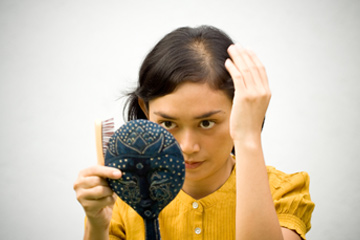 Does our society have a bias against bald or balding women? See more pictures of skin and scalp problems.
© iStockphoto.com/ampyang

In March 2009, beauty queen Tara Wheeler (Miss Virginia 2008) vowed to shave her head if she raised $500,000 for pediatric cancer research. Why $500,000? That was the bounty set by pageant officials, who told Wheeler that if she was going to lose her hair, she better raise a whole lot of money [source: Roberts, Argetsinger]. Wheeler fell short of her goal and wasn't allowed to shave her head until her reign ended. When her mother finally shaved her head in September 2009, tears fell from Wheeler's eyes. How could they not? Hair is a defining part of a woman's appearance, and it's hard to imagine a beauty queen without lovely locks on which to pin a crown.

But the fact that a bald beauty queen is so hard to imagine is precisely why Wheeler shaved her head. On her fundraising page, Wheeler spoke of visiting children cancer patients and being touched by the girls who lost their hair to their treatments, only to face ridicule at school for their baldness [source: St. Baldrick's]. Wheeler hoped to show these girls that beauty comes from within and is more than just clothes, makeup or hair.

Such a lesson might be hard to learn in this society. A woman's identity is tied up in her hair, to the point that a "bad hair day" can be legitimate cause for feeling down. Women invest in their hair with regular salon appointments, expensive styling tools and enough product to fill the Grand Canyon. Thus, it's quite a shock to the system when a woman begins to lose her hair; the American Academy of Dermatology estimates that 30 million women in the United States alone deal with serious hair loss each year [source: Bouchez]. Causes include genetic predisposition to hair loss, hormones, underlying medical conditions, stress and childbirth.

Male or female, losing one's hair can hurt our pride and vanity. But could it physically hurt? Some people who experience hair loss, particularly women, complain about pain in the hair and the scalp, a condition known as trichodynia. On the next page, we'll examine their claims. 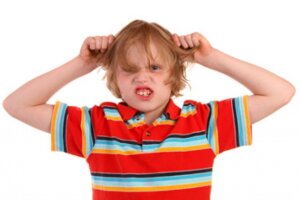 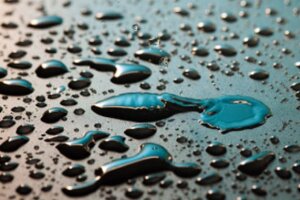 Can your sweat be different colors?