In addition to relying on private insurance, many boomers plan to receive care from family members [source: Merrill Lynch]. Whether boomers move closer to existing family or compensate helpers for long-term care services, one thing's for sure: They want to maintain control over their care, especially if they had negative experiences providing for their aging parents.

Boomers also have more options than before to finance assistance and housing from health professionals. Reverse mortgages, for instance, allow retired people to leverage the value of their homes and use it toward medical emergencies, which often lead to long-term care [source: U.S. Administration on Aging]. Boomers are expected to create more opportunities to transfer the value of existing assets to long-term health care services.

It's possible for baby boomers to self-finance long-term care if they save up enough money on their own, especially if they continue working past the normal age of retirement. Another option is to set up a charitable remainder trusts and use existing assets for long-term care investments, but that usually requires a lot of money to start [source: Medicare.gov].

Regardless of current opportunities, it's likely baby boomers will continue to influence American society with their can-do attitude and creativity.

For more information about baby boomers and long-term health care, visit the links below.

Planning beforehand allows individuals to control and personalize their long-term care. Being prepared expands your options and reduces the chances of having to sacrifice your life savings before becoming eligible for government assistance. Even then, some government programs may only cover nursing-home care rather than allowing people to receive services within the comforts of home. Thinking about long-term care earlier rather than later helps improve the quality of life for retirees and their families, especially if a person becomes disabled unexpectedly. 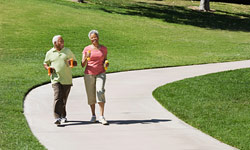