What is the activity theory of aging? 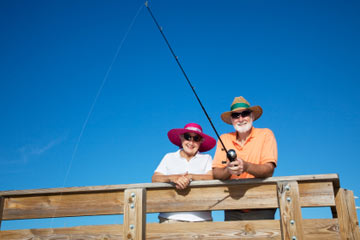 All living human beings are actively aging, whether they're 10 or 110, but their levels of activity might determine how long they keep having birthdays. Studies on aging in the early 1970s led to the publication of "An Exploration of the Activity Theory of Aging" by Lemon, Bengston and Peterson in 1972. Although the study was published in the specialized Journal of Gerontology, it became one of the most mainstream and applied theories in the United States and elsewhere. Some call the findings a "common sense theory" because to sum it up, the activity theory suggests that as people age, they start to lose the identity they had in work or in family life. And those who continue to participate in activities and interact socially have a higher quality of life and tend to be healthier and live longer, in part because it enhances a sense of self [source: Roy and Russell].

Getting out and doing just any old thing, though, might not be as beneficial as doing something a person truly enjoys. And the activity theory actually suggests doing activities you have no interest in may even have negative consequences. Continuing a hobby like golf or baseball throughout all stages of life, from youth to middle age to senior stages, seems to have the greatest benefits in terms of health and happiness [source: Roy and Russell].

While the activity theory might not seem so eye-opening today, some consider it the start of a movement to develop senior centers and focus on getting older generations engaged rather than keeping them passive or sedentary [source: Bearon]. It also contrasted an earlier study, the disengagement theory of aging from 1961, that suggested older people should do what comes "natural" with age, which is withdraw and settle into inactivity until death [source: Bearon].

Apply that theory today, for example, and advise a 60-year-old to just take it easy and ride out his "final" years could mean keeping him down for 20 or more years based on the current U.S. life expectancy of about 79 [source: World Bank]. We largely credit medical advances for adding more years to our life expectancy, but it's likely that the increase in activity among seniors has played a part as well.

So exactly how does the activity theory of aging apply in today's society? Is it common sense to be active, and do any activities and interactions count, or only certain kinds? See how the theory has been put into action.

Getting active no doubt increases life satisfaction as well as life span, and supporters of the activity theory expanded the findings with studies of their own [source: Centers for Disease Control and Prevention]. A 1982 study of retirement communities showed that how seniors got active mattered as much as whether or not they were active. Activities that were informal and less structured increased quality of life a lot; solitary activities weren't shown to improve satisfaction and organized or formal activities actually showed a negative impact [source: Longino]. Other studies showed the opposite, that doing things alone, participating in organized activities and even being inactive can lead to happiness, depending on the person [source: Roy and Russell].

So which is it? Maybe keeping in mind that the activity theory is a "psychosociological" theory, one concerned more with psychology and social interactions than actual activities, helps put it in perspective [source: Encyclopaedia Britannica]. It is really helpful to look at how staying active impacts the emotional health and self-esteem of seniors, but it isn't really a guide to exercise or ways to engage: It just confirms that including both makes life more enjoyable.

If seniors have lived to be "seniors," they probably have their own likes and dislikes or are finding new ones. Just as with any stage of life, getting involved in an activity you don't like won't benefit your overall satisfaction; it may even make you grumpy and less likely to look forward to doing it at all. Same goes for spending time with individuals or groups that don't share your interests or move at your speed. It will keep you busy and active, but not very self-satisfied or even a positive part of the group dynamic itself. If you get a lot of enjoyment and peace out of solitary activities, do some of those, and if you thrive in group environments, dive into those.

Maintaining who you are from age to age while being active has tremendous emotional and physical benefits, but you know more about what activity does your body good than any theory of activity [source: CDC]. Getting moving in order to live longer can complement who you already are and what you already like to do or want to try.

How Much Is "Enough"?

There seem to be ever-changing reports about how much exercise we need from day-to-day and week-to-week, but the National Institute on Aging encourages us to be active for 30 minutes a day or on most days, with blocks of dedicated exercise making up as little as 10 minutes of time [source: NIA].

A third theory often rounds out the activity and disengagement theories, and it's called the continuity theory of aging. Of course, most people want to continue aging but without getting "old," and this theory is kind of a "keep on keeping on" complement to both, allowing people to just keep doing what they're doing without necessarily ramping up activities or slowing down life considerably [source: Atchley]. Continuing on without any activity or interactions isn't good at any age, though, and people of all ages and physical capabilities need some type of socialization and movement to keep going [source: CDC]. But it isn't necessary to radically change what you do in order to sustain or improve quality of life.

All three theories leave room for passive-active aging depending on the person, and it may just be natural to slow down or stop certain activities based on what your body tells you. Engaging and withdrawing isn't so much activity or inactivity as it is making the most of time with true pleasures and best companions instead of forcing interactions for the sake of being "active." Some enjoy social activities over physical activities and vice-versa, so an "activity theory" for you might look entirely different than that of another person. Overwhelmingly, though, studies do show that being active and social reduces depression, increases well-being and adds years to life [source: CDC].

Joining a senior center or jumping out of a plane can greatly improve your level of happiness, if you see yourself doing either or both. But if not, do what you already enjoy or take up something you've always wanted to do, whether it's joining a walking group or putting together a meal with friends. Moving in order to live longer is important, but getting excited and living to move is a lot more fun than any theory about how to do it.

What is disengagement theory?
How to Be a Healthy Centenarian
5 Senior Living Options