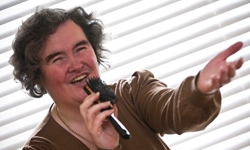 At 48, Susan Boyle is one of the younger people featured in this list.
Associated Press

In the spring of 2009, people all over the world became transfixed by a video clip of a woman singing. In just three weeks, the video of the woman's performance was downloaded more than 180 million times [source: Cutler]. It wasn't a starlet singing her latest Top 40 hit, though, but a 48-year-old unknown amateur belting out a 29-year-old song from a Broadway musical.

No one expected much of Susan Boyle when she stepped onto the stage of the reality television program "Britain's Got Talent," and that's partly why her performance of "I Dreamed a Dream" from Les Miserables is so compelling. Subconsciously or not, we expect success from young and beautiful people. We delight in child prodigies and can rattle off youthful accomplishments, such as Mozart composing at 5 and Bobby Fischer winning chess championships at the age of 13. And when someone has success, we're apt to say that this is something he or she was born to do; after all, Tiger Woods picked up his first golf club when he was 2.

That's why stories like Susan Boyle's catch us by surprise. All too often, we pass certain birthdays and become resigned to the fact that the window for pop superstar success or for writing the Great American Novel has closed. However, the ten accomplishments on this list prove that you're never too old to make your mark. 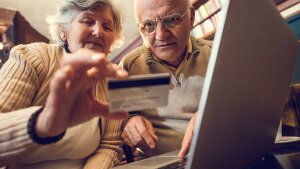