Liquid Diet: What You Need to Know

Browse the article Liquid Diet: What You Need to Know 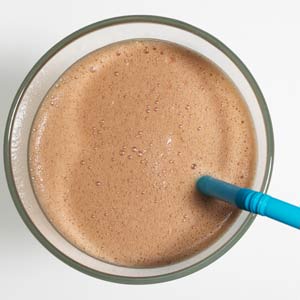 A meal-replacement shake might be OK for an on-the-go lunch. But what about an entire diet limited to liquids only? See more weight loss tips pictures.
Alex Cao/Digital Vision/Getty Images

Everybody needs liquid. In fact, your body can survive longer without solids than without liquids, as we need water more than we need food. But can you survive on only liquids? A liquid diet may put that question to the test, but such a diet should be a short-term thing (a few days to a week at the very most, generally) because it is difficult to get all the nutrients your body needs from a few fluids.

Liquid diets can be used for weight loss, as you'll naturally tend to drink fewer calories than you'd eat -- unless you drink nothing but mega milkshakes all day long -- but more often they are actually required by a physician in a pre-operative or post-operative situation [source: Colorado Center for Digestive Disorders]. Such diets can make it easier for technicians and doctors to view x-rays and other internal tests.

Liquid diets are very easy to follow, as long as you have the willpower to forgo solid food. While there are two basic types of liquid diets, the clear liquid diet and the full liquid diet, both are straightforward -- you have to stick to liquids. However, with the full liquid diet, which this article will explore in more detail later, there is a bit more leeway with slightly more substantial liquids like oatmeal and pureed foods.

A modified liquid diet, in which followers use premade diet shakes as one or two of their daily meals and supplement with solid snacks and a third solid meal, can be used for a longer term because the body receives additional nutrients from the variety of solid foods. They can also be very convenient, with grab-and-go shakes, while allowing the wiggle room to enjoy "regular" meals.

To learn the ins and outs of a liquid diet plan, read on to the next page.

The liquid diet plan is exactly what it sounds like -- a diet that consists almost entirely of fluids. It is not meant to be a "lifestyle change," or something you take up for the rest of your life, like healthful eating habits. Rather, it should only be done for a few days at a time as your body cannot sustain itself over the long term on a few different liquids alone.

The liquid diet plan may actually be recommended by your doctor -- however, probably not for weight loss. More often, physicians will put someone on a liquid diet before or after surgery [source: The Diet Channel]. In addition, you might be put on such a diet if you need internal tests or x-rays that require an empty stomach and intestines. A liquid diet should last for just a couple days, possibly up to a week at most. However, obese people undergoing bariatric surgery may be put on the liquid diet for a longer time period in order to help their gastrointestinal tract adjust to the surgery [source: Mayo Clinic].

Put down that 1,500-calorie chocolate peanut butter milkshake though -- not just any liquid is allowed on the liquid diet. Read on to discover what you can drink.

If you follow celebrity gossip -- er, news -- you might have heard one of the latest rumors to hit the airwaves. Oscar-winning actor Angelina Jolie is reported to have used a liquid diet to drop some weight from her already thin frame for a movie role [source: Daly]. However, Jolie's diet, while all liquid, is supposedly restricted to just lemon juice, cayenne pepper and maple syrup -- something that is more commonly known as "The Master Cleanse," not the liquid diet.

Depending on the type of liquid diet you follow, you are typically allowed different drinks. If your doctor puts you on a liquid diet, however, drink only what he or she recommends.

Generally, on a clear liquid diet, you need to stick to transparent fluids. Sample foods include:

On the full liquid diet, you can have clear liquids but also thicker foods with a bit more substance. Sample foods include:

Many people also follow a modified liquid diet in which they use meal-replacement shakes or protein powders for one to two meals per day and consume one regular, solid-food meal. This can help stimulate weight loss by consuming fewer calories while allowing the third solid meal to replenish nutrients that are often lacking from diet drinks. Meal-replacement shakes are sold pre-made in cans or in a powder you add to water or milk; people often choose these for the convenience of an easy-traveling meal.

If you are put on a liquid diet plan by your doctor, follow all advice he or she gives you. And, if you're planning to start a liquid diet on your own, it's a good idea to discuss it with your doctor first so that he or she can be notify you of any potential health risks.

To learn more, visit the links on the following page.

Another celebrity, singer and actor Beyoncé Knowles, admitted to using a liquid diet to lose weight quickly for her "Dreamgirls" role [source: Jessen]. While Beyoncé says she did lose weight very quickly on the liquid diet, she stopped short of recommending the diet to anyone because she says she gained all of the weight back as soon as she went back on solid foods.