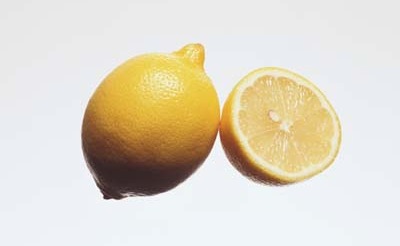 ©2007 Publications International, Ltd. Citrus fruits like lemons and oranges provide a lot  of the daily requirement of vitamin C.

Vitamin C, or ascorbic acid, gets a lot of attention, and perhaps rightly so.  It is one of the more readily available vitamins for most people around the world, and between news reports of its benefits and advice from friends and family, its no wonder this particular citrus vitamin is always at the top of our supplement list.

When you hear the word vitamin C, you may instinctively think of the common cold. For that you can thank Linus Pauling and his 1970 book, Vitamin C and the Common Cold. In it, Pauling recommended megadoses of vitamin C to reduce the frequency and severity of colds. The book triggered a sales boom for vitamin C that is still going strong. It also prompted nutritionists to begin a series of carefully designed studies of the vitamin and its functions.

Today, some people still swear by vitamin C. Researchers have found little proof of its effectiveness against catching the common cold, but there is evidence to suggest it can reduce the severity and length of a cold.

The story of vitamin C began centuries ago with accounts of a disease called scurvy. The ailment causes muscle weakness, lethargy, poor wound healing, and bleeding from the gums and under the skin. Scurvy was rampant around the world for centuries, and documents dating back before the time of Christ describe the disease. Ships' logs tell of its widespread occurrence among sailors in the 16th century.

History books report that scurvy was a common problem among the troops during the American Civil War. And records of Antarctic explorers recount how Captain Robert Scott and his team succumbed to the malady in 1912.

Almost as old as reports of the disease are reports of successful ways to treat it: green salads, fruits, vegetables, pickled cabbage, small onions, and an ale made of such things as wormwood, horseradish, and mustard seed. In the 1530s, French explorer Jacques Cartier told how the natives of Newfoundland cured the mysterious disease by giving his men an extract prepared from the green shoots of an evergreen tree, which the men then called the "arbor vitae" or tree of life .

However, the disease was still the "scourge of the navy" 200 years later, when the British physician James Lind singled out a cure for scurvy. Believing that acidic materials relieved symptoms of the illness, Lind tried six different substances on six groups of scurvy-stricken men. He gave them all the standard shipboard diet, but to one pair of men in each of the six groups he gave a different test substance. One pair received a solution of sulfuric acid each day; another, cider; and a third, sea water. The fourth pair received vinegar, and the fifth took a daily combination of garlic, mustard seed, balsam of Peru, and gum myrrh. The sixth pair in the experiment received two oranges and a lemon each day-lucky them.

Lind found that the men who ate citrus fruit improved rapidly; one returned to duty after only six days. The sailors who drank the cider showed slight improvement after two weeks, but none of the others improved.

Although Lind published the results of his experiment, 50 years passed before the British navy finally added lime juice to its sailors' diets. And it wasn't until 1932 that researchers isolated the vitamin itself. At the time, it carried the name hexuronic acid. Later, scientists renamed it ascorbic (meaning "without scurvy") acid.

Of course, scurvy isn't the only malady vitamin c protects against, and there are various functions of this particular vitamin.

A major function of vitamin C is its role as a cofactor in the formation and repair of collagen -- the connective tissue that holds the body's cells and tissues together. Collagen is a primary component of blood vessels, skin, tendons, and ligaments. Vitamin C also promotes the normal development of bones and teeth. Furthermore, it's needed for amino acid metabolism and the synthesis of hormones, including the thyroid hormone that controls the rate of metabolism in the body. Vitamin C also aids the absorption of iron and calcium.

These days, vitamin C is heralded for its antioxidant status. It prevents other substances from combining with free oxygen radicals by tying up these free radicals of oxygen themselves. In this role, vitamin C protects a number of enzymes involved in functions ranging from cholesterol metabolism to immune function. It destroys harmful free radicals that damage cells and can lead to cancer, heart disease, cataracts, and perhaps even aging. Vitamin C rejuvenates its cousin antioxidant, vitamin E.

This all-around good-for-you vitamin is also a useful food additive in many processed foods. It's a natural preservative and prevents foods from discoloring. When added to cured meats, vitamin C inhibits the formation of nitrosamines -- compounds in the stomach known to cause cancer in laboratory animals.

For more information on Vitamin C, check out the links below:

Are fats actually good for you?
6 Anti-inflammatory Foods You Should Be Eating
Could soup be a runner's best friend?