What medicines cause body odor? 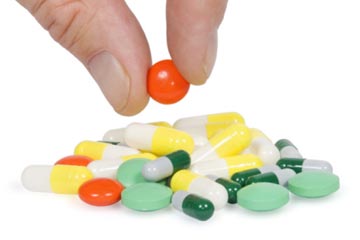 When taking any medicine, pay close attention to changes in your body and discuss them with your doctor.
Hemera/Thinkstock

Body odor can be a real pain, especially if you've tried everything in the book to ditch it. You bathe regularly, wear deodorant or an antiperspirant, don absorbent clothing and even eat a balanced diet. But there's one place you haven't thought to look yet: the medicine cabinet.

Just as some medicines cause side effects such as nausea and drowsiness, others can increase a person's chances of developing body odor. Keep in mind that an increase in sweating can lead to body odor, too. Sweat from apocrine glands in the armpit and groin areas serves as food for bacteria on the surface of the skin, odor being a common byproduct of this process [source: Mayo Clinic Staff].

But if you notice an increase of sweating and body odor that coincides with taking a new medicine, it's best to address the issue with your doctor before you stop taking the medicine. In general, predicting whether a certain medicine will cause body odor in a given individual can be tricky because people metabolize medicines differently based on their genetics and health. Though many medicines cause sweating -- which can lead to body odor -- only a few drug groups are known to produce these side effects. So which types of medicines most commonly cause sweating and body odor?

To begin, a handful of antidepressant medications can cause sweating [source: WebMD]. Bupropion hydrochloride (Wellbutrin) may cause body odor, in addition to excessive sweating in some patients.

Antidepressant medicines that can cause an increase in sweating include:

It's important to note that excessive sweating from medications that do not list sweating as a side effect may signify a more serious health condition that accompanies the use of antidepressant drugs. You should tell your doctor about any side effects you experience.

Though uncommon, some individuals experience an increase in sweating from Nonsteroidal anti-inflammatory drugs (NSAIDs) -- drugs used to treat inflammation and pain. These side effects are reported for ketoprofen and naproxen (Naprosyn). The pain medication codeine sulfate also lists sweating as a side effect.

Other medicines have a stronger link to body odor and sweating. For instance, body odor was reported in clinical trials for omega-3-acid ethyl esters (Lovaza), a medicine used to reduce a specific type of fat in the blood; leuprolide acetate (Lupron), which is used to shut down the production of certain hormones for cancer treatment; and topiramate (Topamax) to treat seizures and epilepsy. Some people take supplements such as garlic, which may also cause body odor and bad breath.

While taking a medicine, monitoring any changes in your body enables you to address any issues with your doctor, ensuring safe and comfortable treatment.