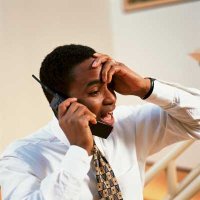 A stressed-out, aggressive businessman is no longer the typical ulcer patient. About  five million Americans,  including women, have ulcers.

Not long ago, the stereotype of a person with ulcers was that of an aggressive, stressed-out businessman who worked long hours, surviving on three-martini lunches and too much spicy food. Many sufferers took a strange pride in that pain in the gut, considering it evidence of their ambition and selflessness.

What a letdown: Scientists proved in the 1980s that most ulcers are caused not by too much sweat and toil but ... by bacteria. What's more, while males were once thought to be the most common victims of this gastrointestinal menace, doctors now diagnose ulcers in women just as often as men. An estimated five million Americans have ulcers.

That doesn't mean stress, spicy foods, and alcohol aren't important. In fact, these and other lifestyle factors seem to worsen ulcers for some patients. So, what can you do to avoid the burning sensation in your abdomen, nausea, or other symptoms related to ulcers?

In this article, we will discuss the causes and symptoms for ulcers. We'll also review traditional medical treatment as well as steps you can take at home to care for your digestive tract. Let's get started with a look at the fundamentals of this condition.

An ulcer is an erosion (open sore) on the surface of an organ or tissue. Ulcers most commonly erupt in the esophagus, stomach, and duodenum, in which case they are known as peptic ulcers. About five million Americans have peptic ulcers.

The problem begins, in most cases, with a spiral-shaped germ that seems to live for one purpose, digging holes in our stomachs. This bacterium, known as Helicobacter pylori (H. pylori for short), is very common: It's found in about half of all people under 60 years old in the United States. H. pylori never causes problems in most people, but in an unlucky minority, the bug burrows through the stomach's protective mucous coating. The bacteria and stomach acid irritate the sensitive lining beneath, causing ulcers to form.

In some cases, H. pylori isn't the villain, however. People who use nonsteroidal anti-inflammatory drugs (NSAIDs) and aspirin for pain relief over long periods can develop ulcers.

Heredity also plays an important role in contributing to ulcers. People who have a family history of ulcers seem to have a greater likelihood of acquiring the condition, as do people with type O blood. In addition, liver disease, rheumatoid arthritis, and emphysema are among the conditions that may increase vulnerability to ulcers. Stomach and pancreatic cancers also can cause these sores to form.

Ulcers can produce mild symptoms resembling heartburn or severe pain radiating throughout the upper portion of the body. The most common discomfort of ulcers is a burning sensation in the abdomen above the navel that may feel like hunger pangs. Pain comes about 30 to 120 minutes after eating or in the middle of the night when the stomach is empty. At this time, the acidic stomach juices are more apt to irritate the unprotected nerve endings in the exposed ulcer. Usually, pain subsides after eating or drinking something or taking an antacid to neutralize stomach acid.

Some people experience nausea, vomiting, and constipation. Blood in the feces (discoloring them black), blood in the vomit, extreme weakness, fainting, and excessive thirst are all signs of internal bleeding and may appear in more advanced cases.

Although ulcers are not usually life-threatening, they can cause serious damage if left untreated. Ulcers may erode nearby blood vessels and cause internal seepage of blood or hemorrhage (massive internal bleeding). A perforated ulcer may penetrate an adjoining organ, causing infection.

Physicians diagnose peptic ulcers primarily on the basis of an X-ray examination after the patient has swallowed a special chalky substance called barium. The barium makes the digestive tract visible on X-ray film, allowing the doctor to view any abnormalities.

A second diagnostic technique is called an upper GI endoscopy (also called gastroscopy). The doctor inserts an endoscope (a flexible, lighted, tubelike instrument) through the mouth and down the esophagus to directly view the lining of the esophagus, stomach, and duodenum. An endoscopic examination and a biopsy (removal of a tissue sample for analysis) are necessary to confirm that an apparent ulcer is not actually a cancerous growth. Helicobacter pylori can be diagnosed with endoscopic biopsy or through a blood or breath test.

Most ulcers caused by H. pylori can be cured with a combination of antibiotics and acid-blocking drugs or bismuth subsalicylate (better known as Pepto Bismol). Unfortunately, even though this information has been widely disseminated in medical journals, some doctors still send ulcer patients home with little more than orders to take it easy, knock off the booze, and eat a bland diet. If you have ulcer-like symptoms, ask your doctor to perform tests that can determine whether you have the H. pylori bug, so that if prescription medications are appropriate for your condition, you get them.

Treatment of ulcers involves relieving the irritation so that healing is able to progress naturally. Antacids counteract stomach acid and relieve symptoms, but they can also cause complications. For example, sodium bicarbonate, a primary antacid ingredient, contains large amounts of sodium, which can aggravate kidney disease or high blood pressure.

For treatment of more problematic ulcers, a physician may prescribe other preparations to promote healing. Sucralfate coats the stomach, protecting it against gastric acid. Cimetidine, ranitidine, and other H2 blockers inhibit gastric acid production. Antibiotics and antacids are often prescribed to treat ulcers caused by infection with H. pylori.

Although recent studies have shown that a bland diet is not necessary for ulcer management, such a diet is sometimes recommended until the acute symptoms disappear. Thereafter, many doctors suggest avoiding only those foods known to cause stomach distress.

Most ulcers heal within two to six weeks after treatment begins. To prevent recurrence, patients should continue to avoid cigarettes, alcohol, and any foods or substances that appear to cause irritation of the digestive tract lining.

When drug therapy and diet cannot cure an ulcer, surgical repair may be necessary. Surgery is appropriate for ulcers that recur or are life-threatening, such as perforated ulcers. Sometimes, surgeons remove a portion of the stomach and parts of the vagus nerve (which controls digestive secretions) to reduce stomach acid production. Usually, ulcers do not reappear after surgery.

Recently, endoscopic cautery (burning of tissue through an endoscope), direct injection of medications, and lasers have been quite successful in stopping bleeding, reducing the size of lesions, and correcting strictures (narrowing of the ducts due to scar formation). These procedures have spared many individuals from surgery.

Once they leave the doctor's office, ulcer patients can help their condition by watching their diet. Check out the next section for home remedies to take care of your digestive tract.

For more information on ulcer-causing stress and its harmful effects, visit the following:

This information is solely for informational purposes. IT IS NOT INTENDED TO PROVIDE MEDICAL ADVICE. Neither the Editors of Consumer Guide (R), Publications International, Ltd., the author nor publisher take responsibility for any possible consequences from any treatment, procedure, exercise, dietary modification, action or application of medication which results from reading or following the information contained in this information. The publication of this information does not constitute the practice of medicine, and this information does not replace the advice of your physician or other health care provider. Before undertaking any course of treatment, the reader must seek the advice of their physician or other health care provider. The brand name products mentioned in this publication are trademarks or service marks of their respective companies. The mention of any product in this publication does not constitute an endorsement by the respective proprietors of Publications International, Ltd. or HowStuffWorks.com, nor does it constitute an endorsement by any of these companies that their products should be used in the manner described in this publication. 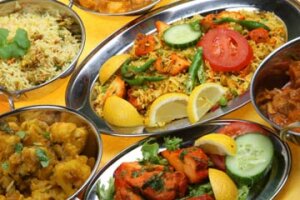 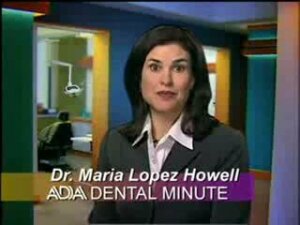