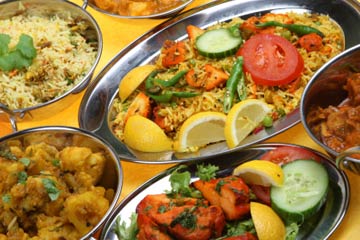 Is this the cause of your woes? See more spice pictures.
©iStockphoto.com/JoeGough

Suppose that one day you discover a great love of Indian cuisine. You try to eat it at least once a week, sometimes more, and enjoy a big spread of curries and chutneys. But after six months or so of your Indian eating extravaganza, you run into a problem. A few hours after dinner, you get a burning pain in your stomach. When you discuss this problem with a friend, she suggests that all of that spicy food may have given you an ulcer.

For decades, doctors believed that ulcers, or peptic ulcer disease (PUD), were caused by eating lots of spicy or highly acidic foods (along with smoking, drinking alcohol, poor eating habits and stress). People who developed ulcers were put on strict, bland diets. Boring food, however, didn't seem to cure the pain.

In the early 1980s, researchers discovered that none of these factors cause ulcers, although they can irritate existing ones. Your burning stomach pain could be an ulcer, but not because you started eating Indian food. It's also possible that you're simply allergic or sensitive to something in the curry, or that you have heartburn or acid reflux.

Gastric ulcers are essentially sores in the sensitive mucosal lining of the stomach. Ulcers can also occur in the lining of the first section of the small intestine, called the duodenum (duodenal ulcer), or in the esophagus (esophageal ulcer). A small number of people have a congenital defect in their small intestine called Meckel's diverticulum, which causes a small bulge, and ulcers can form there, too. People can have more than one ulcer at a time and in more than one place.

Ulcers are incredibly painful. In addition to causing burning stomach pain, they can also cause cramps, nausea, vomiting and weight loss. Sometimes the pain is worse after eating, while other times it gets better, depending on the food and how the ulcer reacts to it. Ulcers can bleed and cause people to vomit blood or pass it in their stool. Severe ones can even lead to perforations in the lining that require an operation to repair the hole.

While you can rest assured that your love of spicy food won't cause an ulcer, the actual cause might surprise you.

Are stomach ulcers caused by stress?
Herbal Remedies for Ulcers
The Aging Process

Is the BRAT Diet Still Beneficial?
'Can I Eat This?' App Saves You from Montezuma's Revenge
How to Treat Food Poisoning