How to Celebrate Your Baby's First Tooth 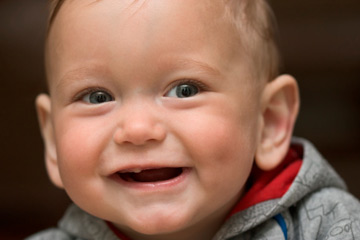 Baby's got a tooth. How will you celebrate it?
iStockphoto/Thinkstock

Babies have more achievements in a year than the average adult probably has in a decade. Even the most ambitious of us can barely live up to the famous firsts of infancy -- walking, talking and, of course, teething. While your baby's initial steps and words may one day be commemorated on video, how will you celebrate the less sensational sign of advancement: the first tooth?

Well, at first you may think there's nothing to rejoice about. After all, there can be a bit of pain for your child when his or her teeth start breaking through. And as a parent, you'll have to endure bouts of inconsolable crying on your baby's part. Despite such concerns, a first tooth can still be a cause for celebration. And, in fact, many cultures throughout history have had traditions associated with the event.

It's believed that early Christians in Northern European countries like Finland and Estonia would wait until after a child's first tooth appeared to have him or her baptized. In such cases, the baby was given "tooth money" after the baptism. The ancient Scandinavians (and Germans) were also known to tie the fang of a wolf or boar around a teething baby's neck to encourage the growth of strong, healthy teeth [source: Vassiljeva].

A long-standing tradition in Armenian communities is for a mother to prepare a special wheat dish at the sign of her baby's first tooth. The child's head is then covered with a scarf and the mixture is sprinkled over top. The ceremony continues with five items being placed in front of the baby. Whichever item he or she touches first is supposed to indicate his or her future career path. For example, a baby who picks a hammer will be a builder. One who selects money will have a career in banking or finance [source: The American Folklife Center].

Ironically, many cultures celebrate a child's first tooth by consuming dental enemies -- sweets. An old Jewish folk tradition had parents showering the baby's head with candy [source: Bronner]. Whereas in Syria and Lebanon, families would treat themselves to sugarcoated almonds when a child's first tooth erupted [source: Ham].

If you don't have a cultural tradition to follow, consider starting a custom of your own. Simple celebrations can include a special family dinner, snapping a photo of the new tooth to share with friends and family, or journaling about the day your child's tooth first showed up.

You may be celebrating your child's first tooth now, but in a few years, you'll want to commemorate it once it comes out. Keep reading to learn how. 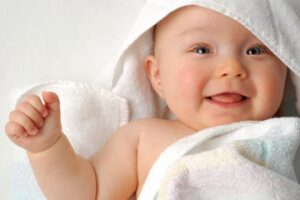 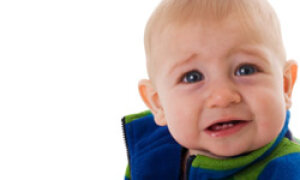 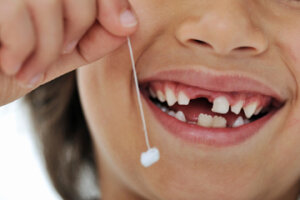 In what order do babies' teeth fall out?