by Discovery Fit and Health Writers
Prev NEXT
9

Up Your Odds as You Swim in the Sea 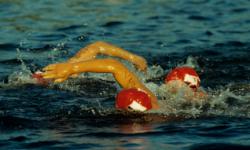 Never swim alone and swim near a life guard to increase your safety.
Karl Weatherly/Photodisc/Thinkstock

Lifeguards made more than 54,000 rescues at U.S. beaches in 1999, according to the U.S. Lifesaving Association (USLA). And only 11 people drowned at guarded areas.

What can you do to avoid a scare — and the chance, however small, of being that one unlucky statistic among millions?

Talk to a nearby lifeguard and ask, "What are the conditions?" and "Where's the best place to swim?" suggests Newport Beach, Calif., paramedic Bob Pingle.