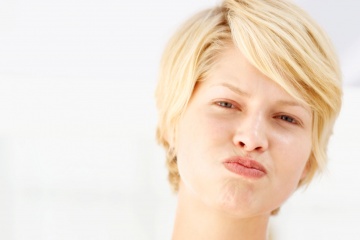 Oil pulling involves swishing oil around in your mouth, similar to the way you would mouthwash, though with less force and for a longer duration of time.
©George Doyle/iStock/Thinkstock

Most American adults have some symptoms of gum disease, even if just mildly, but it's not gingivitis that's on their minds -- it's white teeth. More than $1.4 billion is spent on over-the-counter teeth whitening products annually in the U.S. (and that doesn't count how much is spent on professional services to get the job done) [source: Mapes]. So what if you could whiten your teeth and kill cavity- and disease-causing bacteria at the same time? You'd sign up; we all would. That's the theory behind the practice of oil pulling -- rinsing your mouth with oil: whiter teeth, a healthier mouth and a healthier body.

Despite what's trending on the Internet, oil pulling isn't new; it's actually part of the tradition of Ayurvedic medicine. Unlike the Western style of medicine most of us are accustomed to, Ayurveda follows a more holistic approach to healing the body, tailoring remedies for your body type and constitution and generally focusing on preventing disease. It's been practiced for more than 3,000 years (and probably more like 5,000 years) in India. That makes traditional Indian medicine -- known as TIM -- one of the longest-lasting ways humans have practiced medicine over the ages.

Using oils on and in the body is not an unusual practice in Ayurvedic medicine; oils are used as part of a daily routine called dinacharya (as a part of daily morning massage, as well as a remedy for sore joints or irritated skin). So it's not a surprise to find traditional Ayurvedic writings mention swishing or retaining oil in your mouth -- practices called Kavala Graha and Gandusha -- as a way to prevent oral health problems such as bad breath (halitosis), cavities and gum disease (gingivitis). Kavala Graha and Gandusha differ slightly, but they're considering gargling methods rather than pulling. Gandusha involves filling your mouth with oil and holding it there for 3 minutes before spitting. Kavala Graha involves swishing with oil for 3 minutes before gargling and spitting.

Practicing today's version of oil pulling is similar, just without the gargling -- and you'll need supplies from your pantry more than you will from the oral care aisle.