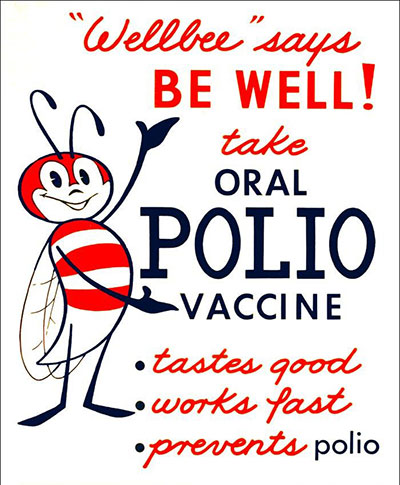 Vaccines are usually given via a hypodermic injection, but some are given through the mouth or nose. There are two main groups of vaccines: live-attenuated vaccines and inactivated vaccines.

Live-attenuated vaccines: Live-attenuated basically means alive, but very weak. These vaccines are made when the virus is weakened to such a level that it reproduces only about 20 times in the body. By comparison, natural viruses reproduce thousands of times. When the vaccine is made, the virus or bacteria is weakened in a laboratory to the point where it's still alive and able to reproduce but can't cause serious illness. Its presence is enough to cause the immune system to produce antibodies to fight off the particular disease in the future.

"Live-attenuated vaccines can cause very mild illness in a small proportion of people," says John Bradley, M.D. "However, these side effects are usually very mild and limited to a low-grade fever or runny nose." Dr. Bradley also notes that about 5 to 10 percent of children who receive the varicella (chickenpox) vaccine develop a few pox spots, but it's nothing compared to the full-blown illness.

To weaken the virus before innoculation, scientists must isolate it through a specimen from an infected person. They then grow the virus in a test tube. They "pass" the virus into a second test tube, then a third, a fourth and so on. Scientists perform this "passage" many times – the measles virus was passed 77 times! The virus is periodically taken out of the test tube to see if it has mutated. Eventually, the virus gets so used to living in the comfortable test-tube environment that it loses its capacity to produce illness in humans. These passages are performed in a very controlled environment in exactly the same way each time. This discovery was considered the "hallelujah" of vaccine development, according to William Schaffner, M.D., professor and chair of the Department of Preventive Medicine at Vanderbilt University School of Medicine.

Examples of live-attenuated vaccines are MMR (measles, mumps and rubella combination vaccine), varicella and the intranasal form of influenza.

Examples of inactivated vaccines are hepatitis A, hepatitis B, poliovirus, Haemophilus influenzae type b (Hib), meningococcal, pneumococcal and the injected form of influenza.

Why are some vaccines live and some dead?

"The bottom line is that the decision is entirely driven by the science," says Dr. Schaffner. "If scientists can make a killed vaccine that is effective, that is what they will do. It's all about trial and error." Most viral diseases, he says, require live-attenuated vaccines, but the vast majority of bacterial illnesses are prevented with inactivated vaccines. There are some exceptions to this rule, though. For example:

So, what, exactly, are the ingredients of a vaccine? Other than the antigen, a couple of things have to be included in the vaccine in order for it to be effective. The requirements vary depending on the specific vaccine, but the gist is the same. There will be ingredients included to keep the vaccine safe such as aluminum salts, antibiotics, and formaldehyde.

The vaccine has to be stable because it leaves the manufacturing plant, gets bounced around on trucks and so forth. Sometimes small chemicals are added to act as stabilizers so that the vaccine material remains potent. These chemicals are thoroughly regulated by the Food and Drug Administration (FDA) to ensure their safety and are usually present only in trace amounts.

In multidose vials, a disinfectant is required. This is so that each time a dose is removed, any foreign matter that intrudes is killed instantly. Traditionally, Thimerosal has been the most popular among scientists. However, the industry has largely abandoned its use because of concerns that the chemical causes adverse reactions. In fact, multidose vials are being phased out in favor of single-dose vials, even though these are more expensive. Thimerosal is currently present only in trace amounts in the influenza vaccine, but that will be a thing of the past in a few years. "We would like to put the controversy behind us," says Dr. Schaffner. "None of us associated with vaccines believe there is merit to that belief, but we are going the extra hundred miles to reassure parents."