Vaccines are most effective at preventing disease when the recommended schedule is followed. Over the next three sections, we'll go over the schedules for infants, children and adults in the U.S.

Infants receive the lion's share of vaccines. First, babies have very immature immune systems and are at greater risk of complications and death if exposed to disease. Second, experts believe that a strict vaccine schedule from birth on helps to ensure that these diseases don't pop back up and cause large-scale epidemics. It is recommended that babies from birth to 15 months receive the following vaccines (see the CDC vaccination schedule for exact ages):

HepB: Hepatitis B is transmitted through blood transfusions, direct contact with infected bodily fluids, sexual contact, body piercing and tattoos. According to the CDC, of the children who acquire lifelong hepatitis B, 25 percent die of liver disease in adulthood.

Hib: The Haemophilus influenzae type b (Hib) vaccine protects against meningitis (infection of the covering around the brain and spinal cord). Meningitis once caused terrible complications in survivors, including mental retardation, deafness and seizures.

PCV (Pneumococcus): Causes complications such as meningitis, pneumonia, blood infection (sepsis) and brain damage. It is spread through coughing and sneezing and is especially dangerous to the elderly.

MMR (Measles, mumps and rubella): Another combination vaccine. These three diseases are spread through coughing and sneezing.

Varicella (chickenpox): Chickenpox used to cause approximately 4 million cases, 11,000 hospitalizations and 100 deaths per year before the vaccine became available in 1995. Complications are worse for teens and adults and include lung and brain damage and death. The trademark itchy rash usually covers the entire body.

HepA: Hepatitis A is usually spread via contaminated food and water, often in situations with bad food preparation habits and in developing countries. It can cause very low energy for as long as a year and liver failure, joint pain and kidney and blood disorders.

Rota (rotavirus): A common disease that infects almost all children in the United States before school age. The disease usually causes fever, nausea and diarrhea. In less developed countries it causes more than 500,000 deaths annually.

Influenza (the flu): The disease, which is spread through coughing, sneezing and other direct contact, can cause complications like brain swelling, pneumonia and death in severe cases. The Spanish flu pandemic of 1918 caused 675,000 deaths in the United States and 50 million deaths across the globe, according to the CDC. Because the flu virus changes each year, this vaccine is given annually.

"There is absolutely no chance that you can catch the flu from the flu shot," says Dr. Bradley. Sometimes the flu vaccine is mismatched to the particular virus so the protection isn't there, or these people were already coming down with the flu when they got the vaccine.

After all these vaccines, babies get a few years to rest before their next round of immunizations. Next we'll talk about childhood vaccinations.

Every year scientists take their best stab at developing a flu vaccine. The flu virus mutates every year, so they can never be 100 percent certain which strain will hit. According to Dr. Bradley, the live-attenuated (intranasal) flu vaccine is actually best at protecting against the flu, even when there's a mismatch. It provides broader protection because it's live and mimics natural infection better than the dead vaccine. 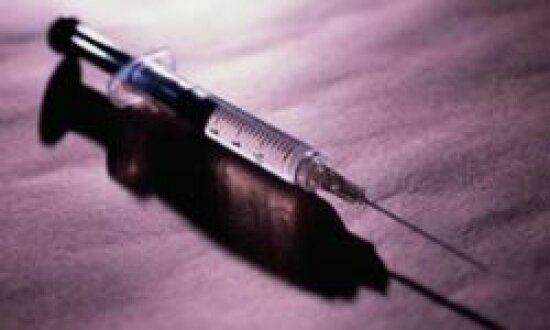 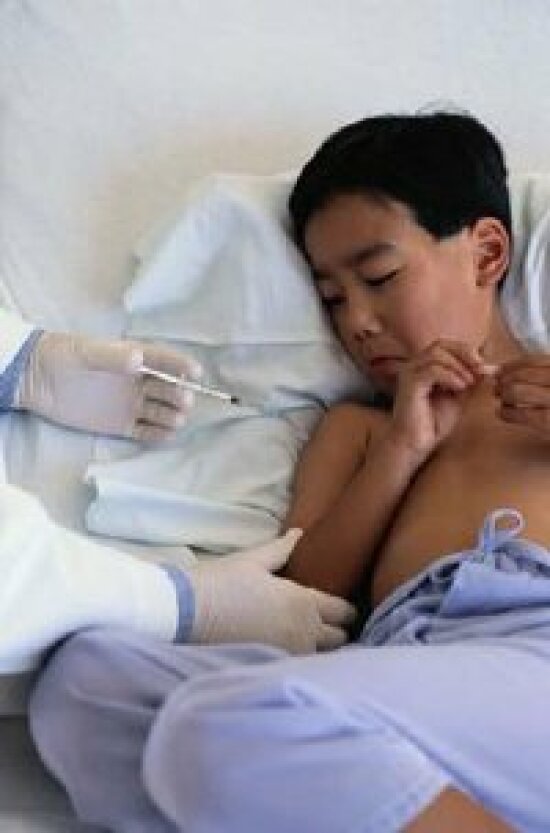 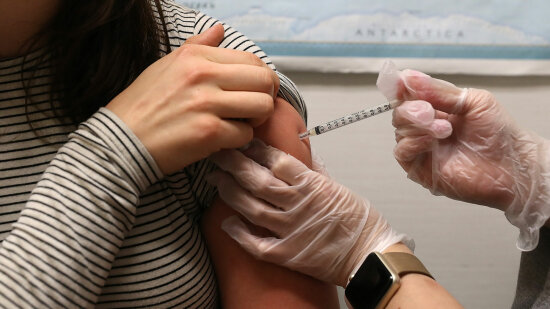