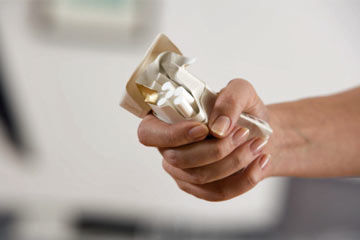 Drug Pictures Most smokers who are successful at quitting actually relapse at some point. See more pictures of drugs.
Comstock/Thinkstock

Your hands are shaking. You're anxious. Your head is pounding and your chest feels tight. You have trouble concentrating and haven't been able to sleep in days. And now you're so irritable that you snap at people for no reason. You stand up to take a walk, but you're dizzy, and sometimes your stomach hurts or your throat is sore. These are just some of the symptoms that accompany the process of nicotine withdrawal, and some of the reasons that so many people who try to quit smoking eventually fall off the wagon [source: National Cancer Institute].

The relapse rate for smokers who try to quit the habit is discouragingly high: About 90 percent ultimately begin smoking again at some point down the line [source: University of South Florida]. Most of those smokers relapse in the first three months after the decision to quit, when cravings are particularly strong and withdrawal symptoms are still occurring, or are fresh in the smoker's mind. That extremely high rate of relapse is the result of the addictive nature of the nicotine in cigarettes [source: University of South Florida].

Once a smoker takes a drag off a cigarette, the nicotine is absorbed into the bloodstream through the lungs and travels to the brain within seconds. Once it reaches the brain, nicotine increases the brain's production of dopamine, a chemical known as a neurotransmitter that creates a feeling of pleasure or reward. Nicotine is considered highly addictive because the effects of the drug start to wear off in only about 20 minutes, which is why many smokers have trouble making it through a work day, or even a long movie, without taking a cigarette break.

It's important to remember that drug addiction (including addiction to nicotine) is a biological condition. So, while it's important for smokers to take personal responsibility for quitting, scientists consider addiction a disease. According to the National Institute of Health, relapse rates for nicotine-addicted smokers are similar to relapse rates for patients with diseases like hypertension and diabetes that also require lifestyle adjustments in addition to treatment [source: National Institute of Health]. So, smokers who have trouble quitting shouldn't blame themselves for being weak or lacking will power. Quitting requires biological and behavioral changes.

To find out what factors can trigger relapses, and how to fight them using everything from meditation to carrot sticks, read on. 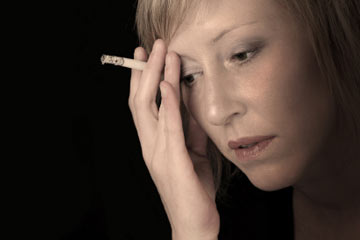 The best way to avoid cravings that occur during the physical withdrawal stage is to find as many ways as possible to distract yourself from smoking. When you get a craving, immediately do something other than smoke. Some smokers have found it helpful to exercise, take a shower or drink a cup of cold water to douse cravings. Replace the act of smoking by chewing carrot sticks, using a toothpick or squeezing a stress ball to help simulate the oral or manual act of smoking long enough to get through a craving.

Physical distractions aren't the only helpful tool for quitting. Calling a friend or family member to talk through the craving can be helpful, too. Many smokers use other strategies like mentally listing reasons for quitting or repeating to themselves that they will absolutely not smoke. Some smokers turn to pharmaceuticals and Nicotine Replacement Therapy products to make fighting withdrawal easier. Those products help ease symptoms and reduce the severity of cravings.

One of the most common reasons that smokers relapse is an inability to fight feelings of depression or hopelessness [source: University of South Florida]. Smokers often use cigarettes as a way to lessen sadness, depression and anxiety, so those feelings might seem worse after quitting. So, finding alternate means of stress relief is important. For example, spiritual methods like meditation or prayer may help smokers who are religious. General relaxation techniques like deep breathing exercises might help those who aren't. Of course, if anxiety and depression are too strong, the best solution may be to seek the help of a mental health professional.

Situational triggers can create some of the strongest temptations to smoke after withdrawal is over. You should probably expose yourself to the people, places and events that you most associate with smoking as little as possible during the one- to two-week withdrawal period. But it's important that you begin to rebuild new associations with them that don't include cigarettes, so start to work those people and places back into your life soon.

With the high rate of relapse, most smokers will have a slip up while they are trying to quit. It is very important to realize the importance of avoiding smoking even one cigarette, but also to avoid negative feelings if it happens. Smoking just one cigarette can start the withdrawal process all over again, and having one cigarette makes it more likely that an ex-smoker will become a smoker again. Instead of calling yourself a failure, or giving up on quitting completely, be persistent and stick with it.

Sometimes smokers simply can't quit without some medical help. Nicotine Replacement Therapy (NRT) products like patches, gum, inhalers and lozenges provide the body with small amounts of nicotine to wean it off of cigarettes. Other smoking cessation drugs like Bupropion, Varenicline and Clonidine treat withdrawal symptoms without nicotine.

10 Little-known Facts About E-cigarettes
How can you encourage your loved one to quit smoking?
10 Best Things About Quitting Smoking