Is American wheat the cause of gluten sensitivity? 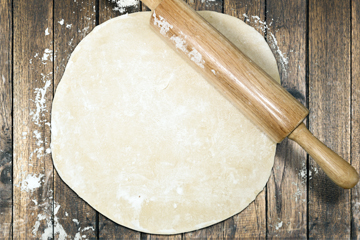 Nowadays one in three Americans attempts to limit their gluten intake, but experts aren't entirely convinced this has any health benefit.
sc0rpi0nce/Thinkstock

Around 1 in 133 people, or one percent of the American population, suffers from an autoimmune disorder called celiac disease. People with this condition can damage their intestines when they consume gluten, a protein blend found in wheat and certain other grains. For celiac sufferers, the only way to avoid symptoms is to follow a gluten-free diet [source: UCLA Health].

During the early 21st century, many people (even those without celiac disease) began to turn to gluten-free diets as a way to cure various ailments, from fatigue to bloating. By 2014, around one-third of all American adults (33 percent) were attempting to limit gluten [source: McCarthy], claiming sensitivities or intolerances to this protein. Some scientists suspect the U.S. wheat industry may be to blame for the country's gluten issues, claiming that American gluten has been engineered to have a higher gluten level than people are prepared to digest.

While it's true that most American wheat is of the hard wheat variety, which has more gluten than the soft white wheat common in Europe [source: Brester], there's no evidence that this particular wheat is the cause of gluten intolerances.

In fact, if you dig a little deeper, scientists and medical professionals aren't even sure if gluten sensitivity exists. (Remember, we're not including celiac disease here.) One 2013 study found that patients who self-diagnosed for gluten intolerance actually showed no reaction whether they ate gluten or not -- their symptoms remained the same regardless of diet [source: Biesiekierski et al]. Another study conducted the same year by the same researchers found that people who believed they were sensitive to gluten might actually be suffering sensitivity to a fermentable, short-chain carbohydrate found in wheat and certain other foods.

So while it's possible that American wheat may cause digestive distress in some people, it's not necessarily the fault of gluten -- it's more likely a result of these carbohydrates, fermentable oligo-di-monosaccharides and polyols (FODMAPs). FODMAPs include the fructose in some fruit, lactose in dairy products and certain components found in legumes [source: Barclay]. If these FODMAPs are indeed the true culprit behind "gluten sensitivity," it's likely that all wheat, not just American varieties, is at fault.

Why There Is So Much Confusion About Who Has Food Allergies
What are symptoms of egg allergies in children?
What are some symptoms of a gluten allergy?