by Patrick J. Kiger
Prev NEXT
8

A patient's wound is dressed with maggots to eat the wound bacteria. Both maggots and leeches were approved by the FDA for medicinal use in 2004. KarenMower/Getty Images

During the Napoleonic wars, a surgeon noticed a curious phenomenon: Soldiers whose wounds became infested with maggots — larvae of the green bottle fly — seemed to heal better than those whose didn't. Disgusting as the idea might seem, doctors subsequently began deliberately infesting their patients as a defense against infection. But maggot debridement therapy, or MDT, as it was known, quickly fell into disfavor after antibiotics came into use during World War II [source: Dente].

Now that antibiotics are becoming less effective, doctors are taking a second look at maggots, using sterile larvae that do not reproduce or feed on living tissue. The tiny creatures basically eat the bacteria in a wound and then degrade the microbes in their digestive tracts. Additionally, they secrete an enzyme that is a natural disinfectant, dissolves dead tissue and stimulates healing.

Research shows that maggots are particularly effective at fighting MRSA (Methicillin-resistant Staphylococcus aureus), the drug-resistant microbe that is a deadly threat in hospitals, as well as other drug-resistant microorganisms. One study shows that in badly infected limbs, maggots managed to kill off microbes and eliminate the need for amputation in 40 to 50 percent of cases. They're now officially recognized as medical devices by the U.S. Food and Drug Administration, and maggot therapy is reimbursable by Medicare [source: Dente]. 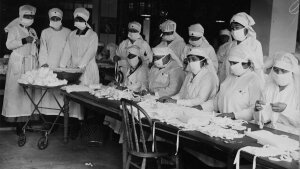