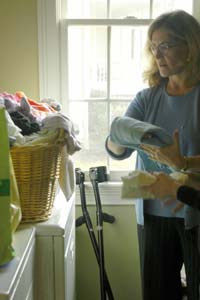 Women are diagnosed with MS more than twice as often as men. The symptoms of MS can make daily activities challenging. See more pictures of healthy aging.
Realistic Reflections/Getty Images

It often starts with simply feeling extremely tired, all the time; at first, a patient may think that he or she's just getting over a minor illness or needs more sleep. But the tired feeling persists. Then it's accompanied by frightening symptoms like painful migraines, tingling and temporary vision loss. Doctors are initially stumped and treat the symptoms as isolated events or diagnose other diseases with similar symptoms. Eventually (and with some patients, it takes years) a doctor orders an MRI of the patient's central nervous system (which includes the optic nerves, brain and spinal cord). He or she also orders a spinal tap, in which a sample of the fluid surrounding the brain and spinal cord (known as cerebrospinal fluid) is collected by puncturing the spinal cord between two vertebrae.

The MRI shows distinctive bright spots, which signify lesions, on the brain. The cerebrospinal fluid obtained from the spinal tap contains a high number of antibodies as well as certain protein byproducts. These and other tests, taken in conjunction with different symptoms experienced by the patient, can lead a doctor to a diagnosis of multiple sclerosis (MS). Early diagnosis is important, because MS can cause permanent neurological damage and getting on medication as soon as possible can help to mitigate the symptoms. Diagnosis can be difficult, however.

M­any patients with multiple sclerosis keep their diagnosis a secret -- at least, for a while. Former Mouseketeer Annette Funicello began experiencing symptoms of MS in 1987. She didn't go public with the disease until 1992, when tabloids began suggesting that her mobility problems were due to alcoholism. The same was true of comedian Richard Pryor; he announced in 1991 that he was diagnosed with MS five years earlier. The symptoms can appear to be caused by other conditions or diseases (such as alcoholism in Funicello's case) and can lead to a lot of emotional distress and embarrassment.

Some MS patients become so disabled that they require a wheelchair in order to get around, and some of them die as a direct result of their disease. On the other hand, many people with MS live with it for decades, and most never become severely disabled. How can one disease have so many variations? Let's start with looking at exactly what multiple sclerosis is, and what it does to the body. 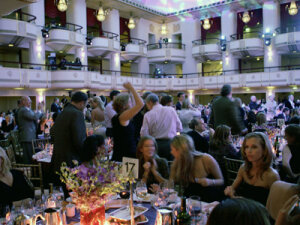