Weird Side Effect 9: Aches and Pains 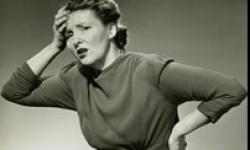 Ouch. Was it worth getting rid of the sneezing?
George Marks/Retrofile/Getty Images

There are many prescription drugs to help with different types of bodily aches and pains, but some drugs that have nothing to do with pain relief can actually cause pain instead. Then you have to take something to combat the pain -- and that's how people can end up on multiple drugs for multiple conditions. People who take the antihistamine Allegra (generic name fexofenadine) are trying to get rid of their hay fever and other allergic symptoms like sneezing, coughing and itching eyes. They may end up with muscle pain and backaches, however.

Patients who take Lipitor (generic name atorvastatin) can experience pain and stiffness as well as weakness in their muscles. In 2004, some patients

began reporting that their weakness and pain was severe, and they were also experiencing loss of muscle control and coordination. Going off Lipitor seemed to alleviate these symptoms [source: Smith]. Lipitor's maker, Pfizer, cautions patients experiencing pain and weakness to alert their doctor, especially if they're already not feeling well. Some patients have filed lawsuits, claiming that the drug caused permanent muscle and nerve damage [source: Smith].

You won't believe your eyes when you read about the side effect that's number eight on our list.

Frank Herbert's epic novel "Dune" (and the films based on it), included several drugs with interesting visual and aural side effects: