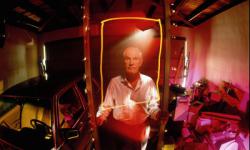 Timothy Leary might be surprised to know that LSD isn't the only drug that causes hallucinations.
Chip Simons/Science Faction/Getty Images

You might expect to see or hear something that isn't actually there if you were taking an illegal drug like LSD or even a heavy painkiller like morphine. However, some of the most unlikely prescription drugs have "may cause visual and auditory hallucinations" as one of their side effects, and it's probably not the ones that you'd expect.

Mirapex, along with its many other potential side effects, can also cause hallucinations. Parkinson's disease patients have reported seeing everything from snakes crawling the walls to people hiding in their closets [source: Bartfai and Lees]. Though it's frightening and disturbing to have these hallucinations, reducing or even ceasing the medication often leads to the return of their tremors and other impairments.

Lariam (generic name mefloquine) was invented by researchers at the Walter Reed Army Institute of Research to prevent and treat outbreaks of malaria in the U.S. Army. Until recently, it was given routinely to soldiers deployed overseas as well as many tourists. Lariam carries some serious side effects -- one of them being hallucinations. Both soldiers and tourists have reported experiencing frightening hallucinations as well as violent psychotic behavior soon after taking the drug [source: CBS News]. Since the early 2000s, the FDA has required that patients be screened for a history of depression and psychosis before taking Lariam.

The fifth side effect, on the next page, may make you sleepy.