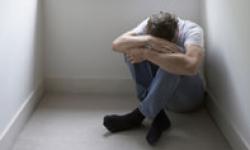 In addition to causing hallucinations, Lariam has been blamed for the suicides of some soldiers and has also been named as the reason behind the murders of several soldiers' wives [source: CBS News]. It hasn't been officially established that Lariam can lead to paranoia and suicidal ideation (the medical term for suicidal thoughts) in patients. However, its manufacturer, Roche Pharmaceuticals, added, "Some patients taking Lariam think about killing themselves, and there have been rare reports of suicides" to its list of potential side effects. In 2005, the Army stopped routinely distributing Lariam to its overseas troops [source: MSNBC].

Lariam is not a drug that one would routinely associate with mental instability, but Paxil (generic name paroxetine) is. Paxil is an antidepressant, used to treat everything from depression to post-traumatic stress disorder. But many patients have reported suicidal ideation while taking Paxil. In 2003, the FDA advised that children and adolescents under the age of 18 shouldn't be prescribed Paxil to treat major depression, due to this potential risk [source: FDA]. The advisement was later expanded to include adults up to age 30 [source: FDA]. There are currently numerous lawsuits alleging Paxil's role in suicides and suicide attempts (as well as the severe withdrawal symptoms that some patients have experienced). Documents in one of these lawsuits revealed that Paxil's maker, GlaxoSmithKline, may have hid data demonstrating the link between the drug and increased thoughts of suicide [source: BBC News].

Chantix can also lead to suicidal ideation. In February 2008, the FDA issued a warning which included not only the possibility of suicidal thoughts but actual suicide. It reports that at least 40 suicides and 400 attempted suicides have been linked to the drug [source: Sauer and Walter].

We'll end our list with something so terrible that one of the drugs that can cause it is still well known today -- and was mentioned in the history-spanning Billy Joel song, "We Didn't Start the Fire."