Can antibiotics make you feel fatigued? 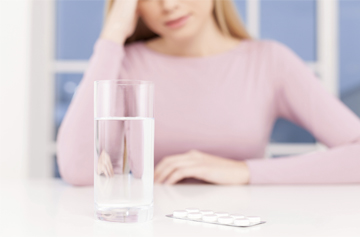 If you're sick and you're feeling really, really tired, it may not be just the illness itself that has you dragging. It could be the antibiotics you're taking to cure it that is the problem. Amoxicillin, which is used to treat bacterial infections in various parts of the body, can cause tiredness or weakness as a side effect, and patients should alert their doctor if that happens [source: Mayo Clinic, Healthline]. The antibiotic Azithromycin also can cause extreme tiredness as a side effect, and again, patients should seek medical assistance if they experience it [source: MedlinePlus]. Patients taking ciprofloxacin, an antibiotic that became famous as a cure for anthrax poisoning, also should get medical help if they experience unusual tiredness [source: MedlinePlus].

Unfortunately, while researchers have known for a long time that some patients who take antibiotics experience debilitating fatigue as a result, they haven't yet figured out why. One problem is that the result has been difficult to duplicate in experiments. In a study published in European Journal of Applied Physiology and Occupational Physiology in 1993, for example, 50 healthy military trainees aged 18 to 25 were given a variety of antibiotics, in addition to placebos.

The subjects were tested for muscle strength, enzyme activity and the aerobic capacity of their lungs, and were also asked to report the extent to which they felt fatigued. The researchers found that subjects who took antibiotics for three days had reduced aerobic capacity compared to those who took them for a single day. But other than that, they were unable to induce any effect on muscle strength, and the subjects said that they didn't feel excessively tired. As a caveat, though, the researchers noted that the study couldn't exclude physiological effects from longer use of antibiotics [source: Burstein, et al.].

Antibiotics aren't the only medications that may cause this sort of problem. Diuretics, anti-anxiety and anti-seizure medications, antihistamines, antidepressants and other types of medicines also can lead to tiredness, according to Dr. Armon B. Neel Jr., who writes the AARP website's Ask the Pharmacist feature [source: Neel].

Neel, who believes that antibiotics are "grossly overprescribed," suggests that patients who are worried about fatigue and other side effects should ask their physicians if an alternative treatment is available [source: Neel].