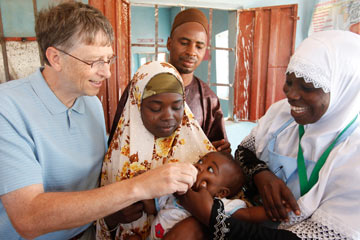 Eradicating a disease is difficult, to say the least. It’s so complicated, in fact, that it's only been accomplished once, with smallpox. Smallpox was wiped from the face of the Earth in 1977, proving that, though extremely difficult, reducing the incidence of a disease to zero is possible.

Better yet, we're on the verge of success No. 2. Guinea worm disease, also known as dracunculiasis, is contracted from drinking stagnant water containing a tiny water flea infected with the larvae of the Guinea worm. These larvae mate inside a person's stomach, producing female worms that can grow upwards of 3-feet (.91 meters) long. After a year, the worm begins tunneling its way out through the person's skin -- an agonizing and traumatic process. To reduce the discomfort, people frequently submerge themselves in a nearby river or other water source, which causes the worm to release its larvae into the water. The cycle begins again.

In 1986, approximately 3.5 million people in Africa and Asia were infected with the disease. In 2009, the number of cases had reduced to just 3,000. In other words, the problem of Guinea worm disease is almost solved, and millions of lives are healthier and happier for it.

But how does one know if a disease like Guinea worm can be eradicated? Read on to find out.

What decides if a disease is eradicable?

After smallpox was eradicated in the 1970s, a swarm of activity followed in hopes of wiping out handfuls of other illnesses. Unfortunately, this just isn't possible. To clear up any confusion, The Carter Center, a nonprofit organization that aims to promote human rights, established the International Task Force for Disease Eradication. This task force set about identifying the factors that decide whether a disease can be eradicated. It pinpointed two main criteria: science and political will.

In terms of science, it comes down to researchers understanding the disease. This includes knowing:

For example, while there's no medicine or vaccine for Guinea worm disease, the best way to prevent people from contracting it is through education. This involves preventing people from drinking water that contains the larvae and teaching people to filter their drinking water using a type of cloth that removes the fleas.

As for political will, it takes mass cooperation to eradicate a disease, including understanding the true burden or impact of the disease; the financial costs; and whether it can be combined with other interventions.

After reviewing and studying diseases, The Carter Center's Task Force for Disease Eradication decided that the following diseases could be eradicated: 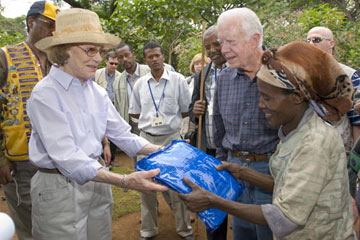 How Do Pandemics End?
5 Parasites That Breed On and In Your Skin
What are the world's rarest diseases?