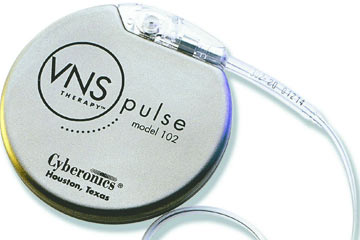 Vagus nerve stimulation is a procedure in which a pacemaker-like device is implanted underneath the skin in the chest to interrupt or suppress abnormal activity and restore the standard neural pathway to the brain.
Getty Images

For people who have been diagnosed with treatment-resistant depression, vagus nerve stimulation -- initially used as a potential remedy for epilepsy and sleep apnea -- may offer some promise.

Oftentimes, neural-based conditions can be treated effectively with prescription medications or even some forms of counseling. However, doctors and researchers have also found that stimulation of the vagus nerve, using electrical impulses, can have beneficial results in treating a number of ailments.

The vagus nerve -- among the longest, most complex and most important nerves in the human body -- takes its name from the Latin word for "wandering." And for good reason. One of 12 pairs of cranial nerves responsible for the body's involuntary motor and sensory functions, the vagus nerve is also known as the 10th cranial nerve, and it connects the brain stem (at the medulla oblongata) to the abdomen -- while branching out to form a complex circuit that links our gray matter to our larynx, heart, lungs and gastrointestinal tract, including the stomach and colon.

In treating depression, potential patients must meet fairly strict criteria to be considered for vagus nerve stimulation (VNS). Candidates must be at least 18 years old, have been diagnosed with treatment-resistant depression, have suffered from chronic depression for more than two years, and have not seen any improvement in their condition through the use of antidepressants or ECT, also known as electroconvulsive therapy [sources Tracy; Mayo Clinic].

What are the major functions of the vagus nerve? 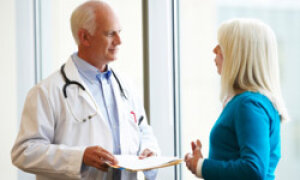