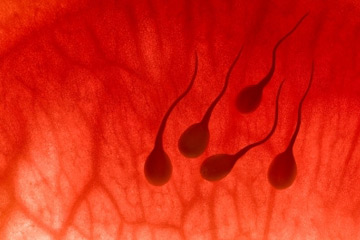 Pregnancy Image Gallery For sperm, a woman's uterus is just the beginning of a long, arduous journey that ends with conception -- if they're lucky. See more pregnancy pictures.
©iStockphoto.com/raycheldeppe

Let's be honest: While most of us enjoy (or are at least quite intrigued by) the act of conception, few of us understand what transpires between the extremely fun part of the process and the part where you start saving up for another human's college education.

Women are born with millions of immature eggs, which are contained in multicellular structures called follicles. Roughly once a month, the hypothalamus sends a signal to the pituitary gland to release follicle-stimulating hormone. This hormone prompts several follicles -- small, fluid-filled cysts -- to develop into mature eggs.

One of these will grow dominant over the others and, within two to three days following its maturity, the egg will react to the release of a luteinizing hormone -- it stimulates the sex hormones needed for pregnancy -- and push through the wall of the ovary.

The follicle that initially released the egg sends out a call for increased estrogen production. This estrogen is the body's cue that an egg is now mature.

This egg only has 24 hours to find its partner: a sperm cell that can penetrate its outer layer [source: American Pregnancy Association]. It's normal for 3 out of 10 sperm cells to be abnormally formed, and for 4 out of 10 to be bad swimmers [source: Healthwise]. The odds are poor for any single sperm cell (which may be a male or a female sperm cell) -- for one thing, it has about a quarter-billion competitors that will be joining it in the vagina [source: Lindemann].

Within minutes of ejaculation, most of the sperm cells will die due to the acidic nature of the vagina. They're viewed (initially at least) by the woman's immune system as foreign bodies that should be destroyed. From there, they must enter the cervix, swim through cervical mucus, enter the uterus and find the opening to the fallopian tube. And once they're there, if no egg is present or on the way, it's been a fruitless journey for the hard-charging survivors.

But how does the egg make its own arrival in the fallopian tube? How is it fertilized? And why is a college education so expensive for the product of a fertilized egg?

In order to understand the conception process, first we must understand ovulation, and it just so happens to be what we'll discuss in the next section. 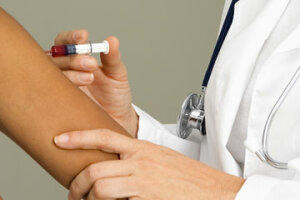 Can you get pregnant on the Depo shot? 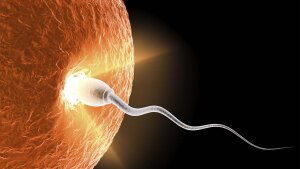 How Long After Sex Does Conception Occur?