Can you use oil-based moisturizer on oily skin? 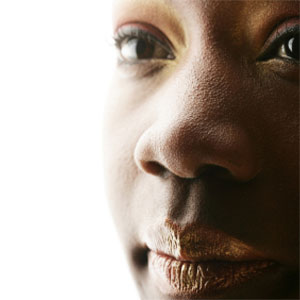 If you have oily skin, it may go against your instincts to use an oil-based beauty product on your face.
©iStockphoto.com/caracterdesign.com

Oily skin may seem bothersome or cosmetically undesirable, but that shiny, slick stuff is actually doing its best to help your hair and skin. As the body's natural moisturizer, oil seals in water, making your hair glisten and your skin smooth. But too much oil can leave your hair appearing lank and dirty, and it may boost acne production in your skin.

Unfortunately, maturity doesn't necessarily free you from oily skin. Your body's sebaceous glands, housed beneath the skin, always produce some measure of a natural, oily substance called sebum. Although some people find that their skin clears up after adolescence -- pimples disappear; that familiar oily sheen gives way to a healthy glow -- other people have to deal with acne and oily skin into middle age. Since oily skin can be linked to hormone levels, women might find that their skin changes during different parts of their menstrual cycle or during pregnancy.

To treat oily skin, many people use cleansers, but too much cleanser, or one that's too harsh, will actually dry out the skin and cause the body to produce more oil in response. In other words, we need these sebum fatty acids to help maintain balance in our skin and hair, so cleanse and wash your face and skin regularly, but make sure to use a balanced, mild product -- twice a day at most. Some cleansers advertise themselves as good for oily skin, but make sure they don't leave your skin red, dry or irritated, all sure signs that you should cleanse less or step down to a lighter product.

That takes care of the cleansing part of our oily skin care routine, but what about all-important moisturizing? If oils are supposed to help the skin and hair retain moisture and you have an excess of skin oil, can you actually use a moisturizer, much less an oil-based one? Quite simply, yes, though most experts recommend first cleansing your skin and then applying a non-oil-based moisturizer. Many moisturizers on the market are water-based, with only a small amount of oil; others claim to be oil-free when in fact they're almost exactly the same as oil-based moisturizers.

So what's the difference? On the next page, we'll look at that question and why moisturizers are important, even for people with oily skin.

Oil-based Moisturizers and Other Options for Oily Skin

The word "moisturizer" can be misleading. In fact, moisturizers mostly help your skin to retain its naturally occurring moisture. Your skin is far more moisture-rich than the surrounding air, so that moisture needs to be trapped in your skin. Oils help to make sure that your skin has an adequate barrier of protection to retain this moisture.

People also turn to moisturizers to soothe dry skin and protect it from the sun and the elements. Some moisturizers may also help to cover up wrinkles or even to unclog pores and tackle acne. But be careful of excessively bold claims, such as that a moisturizer will boost the skin's healing ability or will remove blemishes. Because moisturizers are classified as cosmetics rather than drugs, manufacturers' claims often aren't closely scrutinized or tested.

The main active ingredients in moisturizers generally fall under the categories of emollients, humectants, preservatives and fragrances. Emollients help to create smoother skin by fitting into spaces between skin cells. Emollients, which may be mineral oil, petroleum jelly or other compounds, can be oil- or non-oil-based. Oil-based emollients are less common than water-based ones, although oil-based emollients go on thicker and stay in place longer. You can often tell an oil-based moisturizer from a water-based one because it's thicker to the touch and seems to leave a palpable residue on the skin.

Humectants help to draw moisture out of the air. They're able to do so because they're hydrophilic -- literally, they love water. But a humectant-loaded moisturizer will also need to have some oil in order to trap that water against the skin. Or it'll need to have one of the many possible ingredients that simulate the effects of oil. Because, in fact, supposedly "oil-free" moisturizers are only oil-free in name. These moisturizers contain oil derivatives or compounds -- with hard-to-pronounce names like hydrogenated polyisobutene -- that mimic the effects of oil by sealing in moisture. It seems that the oil-based vs. oil-free distinction is largely a semantic one.

Moisturizers also contain preservatives in order to block the development of bacteria. Preservatives can sometimes cause allergies, as can fragrances, so you might opt for a fragrance-free moisturizer if you're willing to put up with its simple, vaguely chemical smell.

Various other ingredients, such as sugars, vitamins, fruit and plant extracts (like aloe vera or avocado oil), or even lanolin, an oil derived from wool, may also show up in moisturizers. In fact, moisturizers with plant and fruit extracts are often recommended -- aloe vera is renowned for its healing properties -- and some evidence indicates that products with alpha hydroxy acid are good at replenishing moisture [source: Bouchez]. Try a cream that includes sunscreen; it'll help protect against sun damage, even on cool days.

For more information about skin care and other related topics, investigate the links on the next page.

A variety of prescription products, like Accutane and Retin A, may help with oily skin. If you're interested in trying one, consult with a dermotologist.

Skin Moisturizer Basics
How to Find a Moisturizer That Is Right for You
If you have oily skin, can you still use an oil-based cleanser?

How to Moisturize Your Body
Shea Lotion Basics
Moisturizing Gloves