The UV light used to apply gel nails has been described as a mini tanning bed for your hands. The reality may be a bit less harsh given the bad rap tanning beds have received in recent years, but it's still a sobering thought. On the one hand (no pun intended), you slather on sunscreen to avoid damaging ultraviolet rays, and on the other, you pay good money (up to twice as much as a conventional manicure) to bathe your digits in ultraviolet light for the privilege of drying your nail polish faster. Sure, gel nail polish looks better longer than regular nail polish, but is the convenience worth the risk?

Let's start by taking a look at how a UV gel manicure works: Having gel nail polish applied is actually a multi-step process. A special nail solution is applied to each natural or synthetic nail in as many as four to five coats. After each coat is added, the nails are briefly exposed to a UV-A light inside a small box. The nails cure and dry quickly, but the light does more than illuminate the nail area. It also illuminates the delicate skin on the back of the hand. There is growing concern among medical professionals that increased UV exposure from nail lights poses a skin cancer risk. This is a hot topic we'll discuss in greater detail in just a minute.

Gel nail polish is also called soak-off polish. That's because it can be very difficult to remove. Getting rid of the polish requires a long soak in an acetone mixture -- and the possible application of a number of scraping tools that bear a striking resemblance to torture devices used in past centuries. If this sounds time consuming, uncomfortable and potentially damaging to your nails, it is.

Being forewarned will help you make a measured choice when it comes to deciding what type of manicure works best for you. If your greatest concern is the cost, though, DIY gel polish kits and lamps are available for home manicures through most nail product retailers. The initial expense may be a bit steep (about $75), but you'll save money over time compared to the cost of multiple salon manicures.

Beautiful nails start with good nutrition. Don't rely on nail polish to do all the work. Feed your nails by eating a diet high in calcium and vitamins B12, A and C.

5 Things to Do Before Going to the Nail Salon 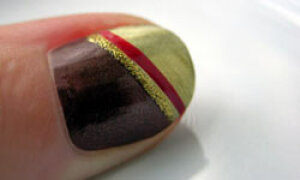 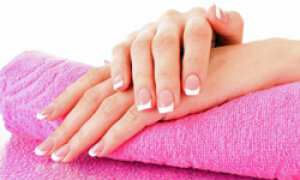 10 Steps to Do Your Own Manicure