What causes bags under eyes? 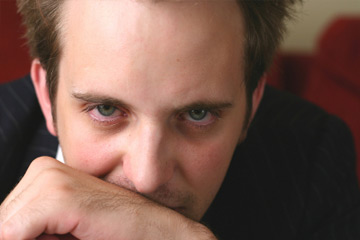 Skin Problems Image Gallery Lack of sleep, lack of exercise and water retention can cause young people to get bags under their eyes. See more pictures of skin problems.
©iStockphoto.com/Joseph Jean Rolland Dubé

No one likes to look in the mirror and see bags under his eyes, but it's an experience just about everyone over the age of 20 is familiar with. And the older you get, the more often they'll be there, staring back at you when look at yourself in the morning. Several factors influence this facial phenomenon, and the bags you notice under your eyes when you're in your 20s can be a lot different from the ones you develop in your 40s. Either way, they can make you look more tired and older than you really are.

One of the biggest reasons people get bags under their eyes is because their parents have them. It's in your genes, and -- aside from plastic surgery -- there's not much that can be done about it. When you're young, lack of sleep, lack of exercise, a diet full of salty foods and water retention can also lead to bags. Sinus infections can cause them as well, by constantly stretching the skin beneath your eyes. If you notice that you have bags under your eyes early in the morning but they're generally gone by noon, it probably means they're being caused by fluid retention. You might be able to reduce their appearance by simply using an extra pillow to elevate your head while you sleep [source: Gibson].

As you get older, bags under your eyes will become a more permanent fixture. It's a natural part of aging and something we all have to come to terms with sooner or later. The reason is simple: We all have fat in our faces, and it's held in place by ligaments and muscles. As we get older, those ligaments and muscles weaken, and everything starts to sag -- making the fat more visible. A similar thing happens within our skin: Collagen levels decline with age, causing the skin to lose its elasticity and begin to sag everywhere, including the face. In either case, you may need some type of cosmetic procedure to treat the issue [source: Bouchez].

For more information on conditions that affect the skin, check out the links on the next page.