Can hair extensions damage my scalp? 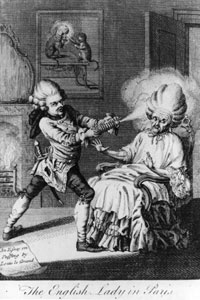 Wigs were kind of a big deal in the 18th century. They were in such widespread use, a tax on wig powder was initiated to raise money for war-entrenched England in 1795. See more personal hygiene pictures.
Hulton Archive/Getty Images

Humans have used hairpieces for millennia. In ancient Egypt, both men and women wore wigs. The ancient Greeks and Romans also used them. That said, perhaps no other point in history saw more use for hairpieces than 17th and 18th-century Europe. The use of wigs during this time was so prevalent that it led British Prime Minister William Pitt to implement the Powder Tax in 1795. The tax was used to fund the war effort and cut down on the use of much-needed starch for wig powder.

In the 1950s, hairpieces experienced a boost in popularity when synthetic wigs made of nylon and rayon were introduced. These wigs largely replaced the human or animal hair that had been used to produce wigs for centuries.

Alongside the evolution of the wig -- the fully fashioned hairpiece -- were hair extensions, which are locks of hair that can be woven into or affixed to an individual's real hair. While they've been around for about as long as wigs, the demand for hair extensions experienced a resurgence in the 1990s that remains today. It's big business; extensions made from human hair can go for anywhere $200 to $3,000. In 2007, the human hair extensions alone generated an estimated $300 million dollars in revenue [source: Extensions].

Hair extensions -- when done right -- can be highly fashionable and can actually help others. For example, the organization Locks of Love accrues donations of real human hair for use in hairpieces for patients suffering from diseases that lead to hair loss.

However, extensions aren't always such a good idea. When they go wrong, they can really go wrong. It's a good idea to know the dangers of having hair extensions put in before heading to the salon. Take the case of a woman in Dorset, England, who was awarded nearly $11,000 from her stylist after her hair began to fall out as a result of hair extensions [source: Telegraph]. The woman in that case suffered from a common side effect of hair extensions, a condition called traction alopecia. Learn about that and other scalp problems that can result from hair extensions.

Possible Damage to Your Scalp from Hair Extensions 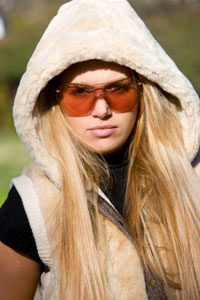 When done right, extensions can look pretty sweet. When done improperly, they can really hurt.
©iStockphoto.com/quavondo

In researching hair extensions and the damage they can do to your scalp, HowStuffWorks.com contacted several trichologists -- physicians who specialize in treating maladies of the hair and scalp. It's worth noting that the general consensus among the trichologists we corresponded with is that, when done properly, hair extensions pose little or no threat to your scalp. It's when they're put in haphazardly that problems can arise.

One such issue, the aforementioned traction alopecia, may be the most common problem with hair extensions. When hair extensions are put in, they're often woven into the real hair. If the weave is too tight, hair extensions will tug at the real hair they're attached to as they're removed, resulting in loss of the real hair. This tugging of the scalp can also lead to inflammation at the site, since the hair has literally been pulled out by the extension [source: Kingsley].

The attached nature of most types of hair extensions can also lead to inflammation and irritation of the scalp when the hair is brushed or combed, since the extension can be caught in the tines. This also leads to tugging of the scalp. Because there aren't many ways around this, extensions should only be used for the short term.

Some types of systems use heat to apply the hair extensions, a method known as heat sealing. In this method, a solid solution used to bond the extension to the hair at the root is liquefied using a heated clamp. When the solution cools, the hair and extension are fused together. Heat sealing requires the use of a shield that protects the scalp from burning; this method is safe in the hands of a trained professional, but there's always the potential of burning the scalp whenever a hot instrument is used near it.

The solution used in heat sealing and the glue used in other ways to bond extensions to real hair can cause an allergic reaction on the scalps of some people. This reaction is called contact dermatitis; the symptoms include an uncomfortable, red, itchy rash, akin to one caused by poison ivy [source: Mayo Clinic]. The chemicals used to remove the bonding agents in order to remove the extensions pose the same risk. It's difficult, if not impossible, to tell how your scalp will react until these chemicals are applied.

For these reasons, it's a good idea to use only reputable salons staffed by trained professionals when opting for hair extensions. When it comes to sparing your hair and scalp from pain and damage, it's worth the money.

What is trichodynia?
MSM: What You Need to Know
Does getting your hair cut regularly really promote hair growth?