Hydroquinone and Your Underarms

The term "underarm whitening cream" is actually a bit misleading. To flat out bleach your armpits could be done, but probably wouldn't give the result people are looking for. Generally folks with hyperpigmentation are looking to even out their skin tone, not to create a patch of skin in their armpits that's bleached lighter than the rest of their skin.

Thankfully, underarm whitening creams don't bleach in that way. Instead, these formulas (the higher-end ones, anyway) will have two main components, one that simply acts as a cover-up with some pigment added to conceal the problem and another workhorse chemical that stops further melanin production.

One of the most common of these workhorses is hydroquinone. This small molecule inserts itself into the biochemical pathways that cause melanin production to slow it down or stop it altogether. As a result, the skin tone in the armpits appears more evenly colored. But what about the melanin that already accumulated and led to a darker, splotchy appearance? Provided you have healthy skin, your body will repair it eventually, just like a suntan fades.

Hydroquinone isn't without its problems, however. It causes skin irritation and is suspected to cause cancer. As a result, many countries have banned its use, and the amounts available in the U.S. are regulated to be at 2 percent for over-the-counter creams and 4 percent for prescription medications [source: Bailly]. Some other chemicals, like arbutin and kojic acid, can serve the same lightening function as hydroquinone, but they are plagued with similar problems and can be hard to formulate for shelf-stable products. Fun fact: You can find kojic acid in Japanese sake. Could that be a more fun way to combat the problem than using a topical cream?

Wave your hands in the air for more related links on underarms next.

You know when you learn a new word and suddenly it's everywhere? I didn't even realize that underarm darkening and splotches were an issue until I started working on this article, and now I've noticed a lot of people with the problem, especially since it's gotten hot out. In digging around for information on these creams, I came across a lot of places to buy the creams, but not much on how they work. But then I was lucky enough to secure an interview with a chemist at a major pharmaceutical company who asked to remain off-record, as the necessary approval to speak to me could take months. When possible, I tried to verify the information he supplied with secondary sources. 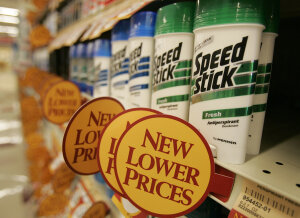 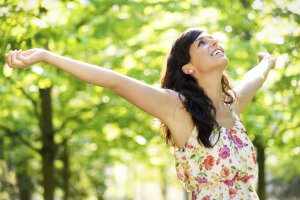 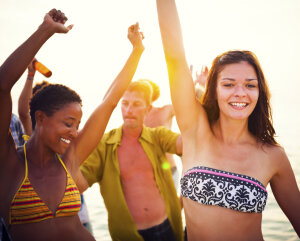