Mayo Clinic Diet: What You Need to Know 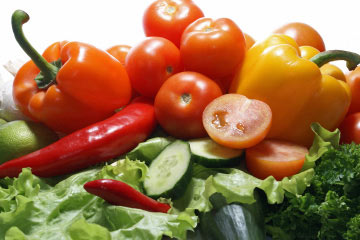 It's a good sign the Mayo Clinic has attached its name to a diet, because it means its experts have developed the diet through research and clinical experience.
©iStockphoto.com/shmeljov

Before jumping into any diet, it's wise to learn a little bit about its origins. Some diets are built upon solid research and study, and some are faddish, get-rich-quick plans that are often unhealthy and make promises they can't possibly deliver.

When it comes to the Mayo Clinic Diet, the name behind the diet belongs to one of the most respected medical organizations in the world, so it's no surprise the diet is popular.

In addition to its research and educational initiatives, the Mayo Clinic has helped treat more than 6 million people since its founding in 1863 [source: Mayo Clinic].

It's a good sign the Mayo Clinic has attached its name to a diet, because it means its experts have developed the diet through research and clinical experience, and stands by it enough to risk its good name and reputation on the diet's safety and effectiveness.

With the organization's impressive history and reputation, it's no wonder that people are interested in the Mayo Clinic Diet, which doesn't involve counting calories or cutting out carbohydrates.

But are claims that it can help dieters lose between 6 and 10 pounds in two weeks justified? Is it a diet in the traditional sense or a shift in lifestyle? We'll answer those questions and more throughout this article.

We'll discuss how the Mayo Clinic Diet works in the next section.

How the Mayo Clinic Diet Works

While there are two stages of the Mayo Clinic Diet, it's not a diet that has repeating cycles (such as six weeks on, one week off). There's just an introductory two-week stage dubbed "Lose it," followed by the second stage ("Live it"), which is ongoing.

The two-week "Lose it" stage dangles the promise of losing -- and keeping off -- as much as 10 pounds. How? This is accomplished in part by eliminating five unhealthy habits from your routine, including the following:

The dieter then replaces those bad habits with these five healthy habits that include exercise, eating a good breakfast, eating lots of fruits and veggies, as well as whole grains, and consuming healthy fats, such as monounsaturated fats.

After the two-week "Lose It" phase is up and the dieter has adopted these new lifestyle habits, he or she begins the second stage: "Live it." During this phase, which continues for the rest of his life, the dieter builds on the progress he made in phase one by setting weight-loss goals, eating according to Mayo Clinic Diet food pyramid, and breaking a sweat by exercising for a half-hour to an hour as many days a week as possible.

While between 6 and 10 pounds may be lost during the "Lose It" stage, dieters in the "Live It" stage can expect to continue losing 1 to 2 pounds each week.

The Mayo Clinic Diet has advantages over other fad diets. For one thing, all food groups are represented in the Mayo Clinic Diet, meaning you're not restricted to certain foods that you may soon grow sick of. Also, foods in this diet are available in any grocery store, and this diet won't bust your budget. In fact, if you curb your restaurant habit as suggested, you may even save money with this diet.

But are there drawbacks to the Mayo Clinic Diet? We'll discuss those next.

Drawbacks of the Mayo Clinic Diet 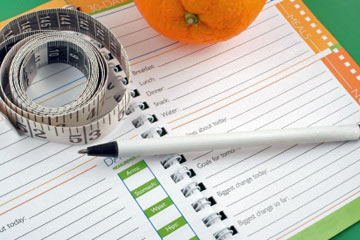 The Mayo Clinic Diet doesn't require calorie counting, which could be a drawback for dieters who prefer estimating how many calories they're burning daily and then adjusting their food accordingly.
©iStockphoto.com/gvictoria

While the Mayo Clinic is a trusted source of medical information and research, its diet may not be for everyone.

First, some people prefer the preciseness of counting calories. The Mayo Clinic Diet doesn't require calorie counting, but it does draw attention to the types of calories you're consuming. But if you prefer estimating how many calories you're burning daily and then adjusting your intake accordingly, the Mayo Clinic Diet doesn't prevent you from doing that, but it's not required in the diet plan itself.

Another drawback for many is the recommended lowering of alcohol intake to just 75 calories a day, and none at all during the first stage's two-week period. A single 5-ounce serving of red wine has 125 calories, and having no more than half-a-glass of wine may be an unrealistic expectation for some.

The positive aspects of the Mayo Clinic Diet far outweigh any drawbacks. In an age when "sustainability" is a buzz word, the Mayo Clinic has put forth a sustainable diet, one that encourages a healthy lifestyle and life-long good habits.

10 Most Absurd Fad Diets
How Elimination Diets Work
DASH Diet: What You Need to Know

Which Pushup Is the Perfect Pushup for You?
How to Succeed at Intermittent Fasting
Bananas Might Be the World's Perfect Workout Food