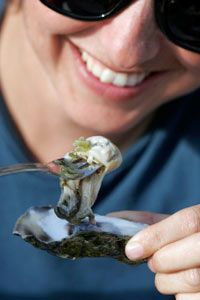 That oyster might be delicious with a little lemon, mignonette or hot sauce, but is it safe to eat?
©iStockphoto.com/lyrawallace

If you've ever gotten seafood sickness, you may think shellfish should be eaten only when there's a "Z" in the month -- as in, never. But for seafood lovers who've never had a bad dining experience, the question may be, "Should I really only eat shellfish, and nothing else, always?"

Shellfish are edible, spineless, slimy and arguably delicious aquatic life forms that have protective shells that serve as external skeletons. Many people love eating them, some people swear they act as an aphrodisiac, and all people agree they can potentially make you incredibly sick.

Shellfish are bivalves (they have two shells), and include seafood delights such as oysters, clams, scallops and mussels. Shellfish filter water through their two shells and feed on the algae and plankton they find in it. Plankton in the water for a shellfish is like grass in a field for a cow. In this way, the shellfish are grazing upon the sea. What they're grazing on are tiny (as small as 1/50th of a millimeter) aquatic life forms called flagellates (which we'll more talk about shortly).

When shellfish themselves eat "bad" flagellates, the toxins accumulate in the "guts" of the shellfish. When you eat shellfish, you eat pretty much everything but the shell, guts and all. So if a shellfish ate bad plankton, it's now a bad shellfish, and if you eat it, you'll be in a bad way. (But take heart in a spiteful sort of way: If something then ate you, it too would feel nauseated for a day or so after eating some "bad human.")

Shellfish poisonings normally occur in warmer waters but are also frequent in New England and even in the chilly waters around Alaska. People have long associated shellfish poisoning with red tides, which are periods of massive reproduction of plankton that can give the waters in which they occur a reddish tint.

But are red tides solely to blame? Is shellfish safe to eat as long as there isn't a red tide? How sick will you be if you do get shellfish poisoning? And should you really only eat shellfish when there's an "R" in the month? Keep reading to find out.

Types of Shellfish Poisoning: How Bad Could It Really Be? 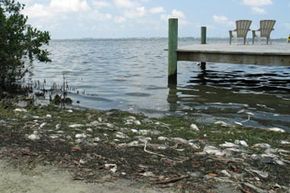 Red tides can cause widespread contamination and death among fish and other sea life.
©iStockphoto.com/dombrowski

There are four different types of shellfish sickness. All four types share some common features (such as headache and nausea), but each one has a horrible feature all its very own:

Now that we've clarified just how pleasant shellfish poisoning is, let's figure out how to avoid it.

How Toxic Shellfish Get That Way 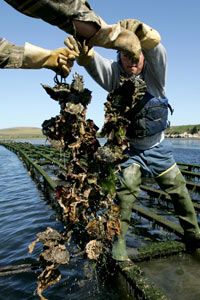 Dinoflagellates are a family of single-celled organisms that heavily populate the ocean. They clump together and float near the surface, allowing ocean currents to dictate their travels. Some dinoflagellates use photosynthesis to transform sunlight into energy, while others are capable of producing their own light. These tiny life forms are the perfect food for shellfish: delicious, nutritious and, most importantly, tiny enough to be filtered between shells.

Dinoflagellates reproduce in great numbers during the summer, and sometimes the population explosion produces so many of these tiny organisms that the water takes on a reddish tint. This is known as a red tide. People have long associated shellfish poisoning with red tides, even though researchers don't fully understand the connection between the two. Furthermore, toxic dinoflagellates can be present without the visual presence of a red tide, and there can be a visible red tide without the presence of toxic dinoflagellates, so it doesn't seem to be a reliable indicator.

The bad news is that once a shellfish becomes toxic, no amount of heat during cooking will destroy the bacteria. Because of this, you should definitely not harvest your own shellfish during months with an "R" in them, especially along the Pacific Coast. This activity is banned in the state of California (and restricted elsewhere) between May and October because the toxin responsible for paralytic shellfish poisoning is more prevalent during those months. Generally speaking, however, the major downside to summertime oysters is the disappointment you may feel upon eating them -- bivalves reproduce in the summertime and most of their energy goes toward this endeavor, leaving the meat somewhat scrawny.

The good news is that precautions taken during the raising and harvesting of commercial shellfish make them safe to eat any time of the year. So long as your shellfish has been commercially harvested and no advisories have been issued by state governments or the U.S. Department of Health, you should rest easy knowing your shellfish is safe to enjoy.

Tom Scheve "Should you really only eat shellfish when there's an 'R' in the month?" 3 August 2009.
HowStuffWorks.com. <https://health.howstuffworks.com/wellness/food-nutrition/facts/shellfish-r-months.htm> 23 May 2022
Print | Citation 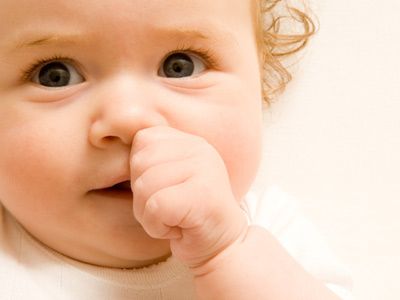 Up Next
Does sucking your thumb really ruin your teeth?
Explore More 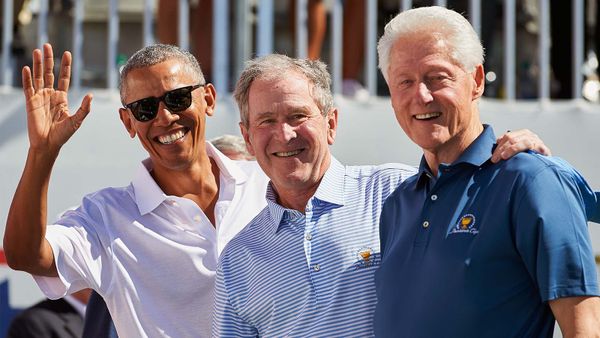 You May Like
Does Stress Really Make Your Hair Go Gray?
Explore More 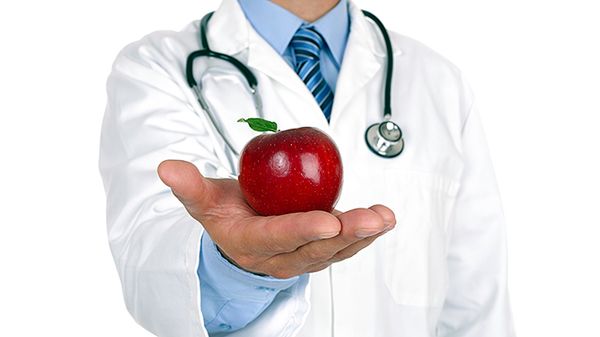 Keep Reading
Will an apple a day really keep the doctor away?
Explore More