Types of Shellfish Poisoning: How Bad Could It Really Be? 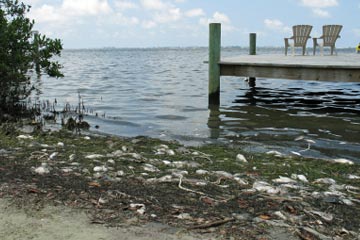 Red tides can cause widespread contamination and death among fish and other sea life.
©iStockphoto.com/dombrowski

There are four different types of shellfish sickness. All four types share some common features (such as headache and nausea), but each one has a horrible feature all its very own:

Now that we've clarified just how pleasant shellfish poisoning is, let's figure out how to avoid it.