How to Treat a Cough with Traditional Chinese Medicine 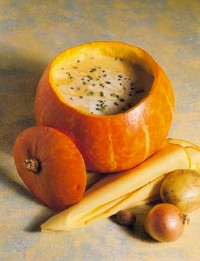 Traditional Chinese medicine is especially effective in the treatment of coughs because of its careful differentiation of the various types. For example, a cough due to heat produces sticky phlegm that is difficult to expectorate; it is treated with cooling, moistening herbs and acupuncture points that clear heat from the lungs. On the other hand, a cough due to cold is accompanied by chills and copious mucus; it is treated with warming, drying herbs and the application of moxibustion.

Without this differentiation, it is easy to see how an unfocused treatment might be ineffective or even cause the cough to get worse. Descriptions of a few of the more commonly diagnosed types of coughs in Chinese medicine follow.

In this syndrome, the accumulated phlegm becomes thick and sticky due to heat. The cough can have a loud, barking sound. The phlegm is quite difficult to expectorate and the heat gives it a darker color, ranging from yellow to brown or dark green. This type of cough requires aggressive treatment as the green indicates that the trapped mucus has become infected. Mucus in the lungs is an ideal breeding ground for bacteria, so it is important to clear the mucus as quickly as possible with herbs that moisten the lungs to dislodge the mucus and stimulate expectoration.

A highly effective formula for this condition is Pinellia Expectorant Pills. This patent medicine is available under several names, including Qing Qi Hua Tan Wan or Pinellia Root Teapills, but they are all the same formula. To maximize the effect, it is best to take it along with Gan Mao Ling or Yin Qiao Jie Du Pian. As in all syndromes involving phlegm, diet is extremely important. It is best to avoid cold foods, dairy products, and sweets, as these all create mucus. Therapeutic foods include hot soups, cooked vegetables and whole grains, and small amounts of raw juices at room temperature to assist in moistening the lungs in order to promote expectoration.

This pattern is characterized by frequent coughing with expectoration of copious amounts of clear or sticky white phlegm that is typically more plentiful in the morning or after meals. There can also be nausea, a sensation of fullness in the chest or abdomen, poor appetite, fatigue, and a sensation of heaviness. The principle treatment in this syndrome is to clear the phlegm from the lungs and strengthen the digestion, since an underlying deficiency in spleen qi creates an inclination toward excessive mucus production.

The classic formula for this condition is Er Chen Tang, or "Two Old Things Decoction," with the addition of herbs to repel the pathogen and warm the lungs. The patent version of Er Chen Tang is Er Chen Wan. If there are accompanying wind-cold symptoms of headache, stiff neck, and nasal congestion, the patent medicine Chuan Xiong Cha Tiao Wan can also be taken.

Dietary therapy is similar to that for hot phlegm cough, except the avoidance of cold foods is especially important. A person with this condition should consume lots of hot liquids, especially ginger tea, get plenty of rest, and stay warm. Hot soup made mostly from vegetables is a tasty treatment as well.

This type of cough is typically contracted after exposure to a dry environment. Different from a chronic dry cough caused by a deficiency of lung yin (often from smoking), in this case the dryness of the air allows the dryness external pernicious influence to attack the lungs. The symptoms are a dry cough and a sore throat with a ticklish sensation, dry lips and mouth, and, possibly, a headache.

The treatment principle is to repel the dryness pernicious influence, moisten the lungs, and stop the cough. A classic formula for this condition is Sang Xing Tang (pronounced sahng shing tahng), translated as "Mulberry Leaf and Apricot Seed Decoction." This formula doesn't come in a patent medicine, but an effective replacement is Chuan Bei Pi Pa Gao.

The diet should consist of soups and plenty of liquids. When the condition is gone, it would be wise to begin taking American ginseng (xi yang shen) on a daily basis for a few weeks. This will strengthen the qi and yin of the lungs and make a future attack less likely.

Treatment Planning for a Cough

Most acute coughs respond to the above treatments within a week, unless the person fails to improve their diet and get some rest. In that case, the cough can linger for weeks, often leading to a series of colds due to weakened immunity. Acupuncture therapy is very helpful in treating coughs due to any cause. Needling a point on the Conception Vessel meridian (an extra meridian) just above the sternum can quickly calm a cough and assist breathing. Moxa therapy is used typically in the cold, damp type of cough, since there is a need for warmth in that pattern.