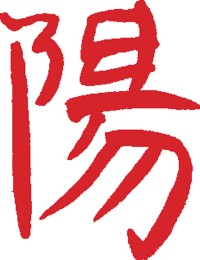 The six yang organs separate impure substances from food and drain them from the body.

The yang organs, or hollow (fu) organs, separate impure substances from food and drain them out of the body as waste. The six yang organs are the stomach, the small intestine, the large intestine, the urinary bladder, the gallbladder, and the "triple burner."

For this reason, Chinese medical theory tends to focus more on the relationship of one organ to another. Each yang organ is paired with a yin organ: the spleen and stomach, for instance, work together during the digestive process. While this approach has some analogues to the Western understanding of internal organs, it is important to view the Eastern tradition on its own terms.

Go to the next page to learn about the role of the stomach, small intestine, and large intestine in traditional Chinese medicine. 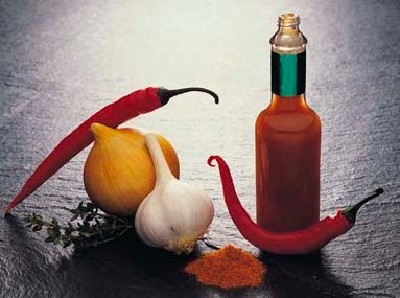 The urinary bladder (pang guang), gallbladder (dan), triple burner (san jiao), and the curious organs are the second group of yang organs in traditional Chinese medicine. Like the first group, these organs contribute to the digestive process. Some of these organs, like the gall bladder, are also thought to influence emotions and personality.

The urinary bladder's role is the same as it is in the West, storing urine and discharging it periodically. It is paired with the kidneys. Symptoms of bladder dysfunction include difficulty urinating, with burning, pain, urgency, bleeding, and retention. The urinary bladder receives and excretes urine.

After receiving turbid fluids from the lungs, small intestine, and large intestine, the kidneys extract the last of the pure essence. The turbid remnants are then sent to the bladder, where they are stored until they are excreted from the body through urination.

Overconsumption of fatty foods can adversely affect the function of the liver and gallbladder. The gallbladder rules decisions. An indecisive, timid person is said to have a weak gallbladder. A person who acts impulsively or out of anger, on the other hand, could be suffering from an excess yang condition in the gallbladder.

Upper Burner: Comprising the heart and lungs, the upper burner is described as a "fog" or "mist." It disperses the essence of food and qi throughout the body. Illness usually attacks this burner first, then it proceeds to the middle and lower burners.

Middle Burner: The spleen and stomach function together as the middle burner, acting as a "foam." Metabolism in this burner involves churning food and water into a digestible, souplike consistency. Digestive disorders are often described as middle burner imbalances.

Lower Burner: The lower burner encompasses the organs below the navel: the intestines, kidneys, and bladder. It is considered a "swamp," since it is the sewage system of the body, excreting waste.

The Extra or "Curious" Organs

The curious organs are so named because their existence can be confirmed through observation, but they don't fall into any particular category. They are the marrow, bones, blood vessels, brain, uterus, and gallbladder.

Although the gallbladder is classified as a yang organ, it is also considered a curious organ since it is the only yang organ that stores a vital substance (bile). The marrow is a vital essence stored by the kidneys. It is related to growth and development and nourishes the brain. The functions of the other organs parallel their Western counterparts.

40 Amazing Uses for Aloe Vera
9 Refreshing Uses for Peppermint Oil
What Is the Difference Between a D.O. and an M.D.?