by Katie Lambert
Prev NEXT
1 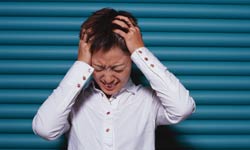 We know that abnormal brain activity causes migraines, but beyond that, the causes of these headaches are a mystery. Certain foods can trigger a migraine attack, as can certain odors, missed meals, stress, exercise -- the list goes on.

The factor these triggers have in common is change. A change in the usual, like less caffeine or too much noise, sets off a neurological alarm that results in a debilitating headache [source: Goweke].

And what's more changeable than a woman's hormones during perimenopause?

It has long been believed that hormones have a great deal to do with migraines, since the majority of their victims are women. The withdrawal of estrogen during a certain phase of a woman's menstrual cycle often precipitates a migraine in women who are prone to them. This same estrogen withdrawal may be what prompts migraines during perimenopause in women who have never had them. Others find that the frequency of their migraines has diminished. No two women are alike, so just cross your fingers that you're a proud member of the migraine-free club.

Looking for more articles on women's health? We've got links below to more reading material you might like. 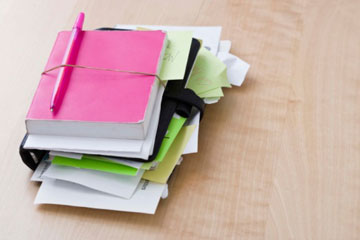