5 Things Women Are Most Embarrassed About Their Bodies 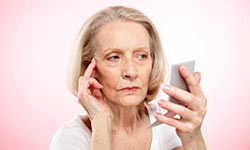 Double standard: Society holds women to a higher standard than men in terms of how they look, smell and age, which could be why about 40 percent of women are unhappy with their bodies.
Digital Vision/Getty Images

Human bodies are remarkable machines but they can also look, sound and smell funny. Men have become artisans at making comedy out of bodily functions and flaccid beer bellies, but women rarely enjoy the same humor about their own bodies. It's generally accepted that women are held to a higher standard in terms of how they look, how good they smell and how well they age. All of this may be the reason why about 40 percent of women are unhappy with their bodies [source: Dreisbach].

Another telling figure -- some pun intended -- is that around 91 percent of all cosmetic procedures are performed on women [source: Brown]. According to the American Society of Plastic Surgeons, the number of men undergoing procedures is increasing as baby boomers age, but overwhelmingly, women seek liposuction, nose jobs, face lifts and filler injections more, and more often [source: Brown]. And, these procedures don't include the array of non-surgical salon and spa treatments that many women schedule weekly or biweekly, adding up in the thousands of dollars annually for some.

All of these physical improvements only scratch the surface of what women find embarrassing about their bodies, and when cosmetic surgery isn't an option or fails to help -- as in the case of being too tall or having an extremely unhealthy self-image -- concealment, adornment and even medical or psychiatric treatment can be part of the process toward feeling better inside and out.

Men may be able to joke about things that many women find embarrassing or downright disgusting about themselves, but what happens with our bodies shouldn't consume or destroy what we feel about our "selves."

Let's look at some embarrassing women's issues and be thankful for the ones we don't have, and grateful for those we can fix.