What happens when you hold in a fart? 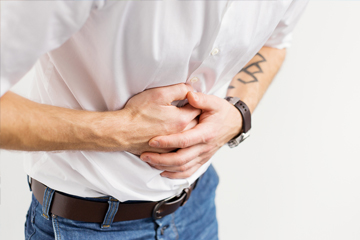 If you don't release the gas that builds up in your body, you can experience bloating, pain, indigestion and heartburn.
kaspiic/ThinkStock

It was a difficult time for one Social Security Administration employee — and for the office where he worked. After a steady stream of co-worker complaints against the 38-year-old man, in December 2011 his supervisors issued a formal reprimand charging him with "conduct unbecoming a federal officer." The offense? Farting. In 2012, a five-page reprimand letter chronicled 60 times that the employee released "awful and unpleasant odor" to create a "hostile" work environment. After months of grievances that dogged the man's performance reviews, the formal action was designed to curtail his farting [source: The Smoking Gun].

Although the letter was withdrawn after the employee secured representation by the American Federation of Government Employees union, a lingering question remained: What happens when you hold in a fart? If the man had complied by holding in his flatulence, would it have had a negative effect on his health?

There's an argument to be made for not passing gas — it can assault the senses of those around you. However, holding it in can be uncomfortable, or even dangerous. At its most extreme, refusing to fart can cause diverticula, pouches in the wall of the colon, to form. These pockets can become infected, leading to a condition called diverticulitis.

Some researchers have drawn a cause-and-effect conclusion between holding in farts and developing diverticulitis. Without a release of the gas that builds up in the body, flatulent folks can experience bloating, pain, indigestion and heartburn. Symptoms can become particularly acute in pressurized airplane cabins, for example. At cruising altitude, your intestines are experiencing a significant increase in volume caused by a decrease in air pressure. It's the same reason why the contents of a bottle in your luggage may seem to explode when you open it after you land. To keep your intestines from undue expansion, the best medicine is to fart at will [source: Popken].

An estimated 30 million Americans may be affected by diverticulitis, and it's particularly onerous for older people. Forty percent of people age 65 or older, and 60 percent of people age 80 or older, have experienced the condition. It seems to affect people who live in populated areas, as well as the wealthy, at a greater rate [source: Singer].

To mitigate the noxious effects, take frequent bathroom breaks to relieve built-up gas pressure. A diet that avoids gas-producing foods like beans may help, as could taking probiotics to help balance the fart-causing bacteria in your intestines. And, if you're really concerned about offending the people with whom you live and work, you might consider odor-trapping underpants armed with carbon to neutralize odors [source: Singer].