How fast does a fart travel? 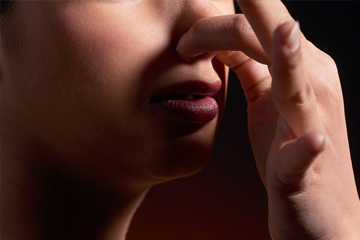 Passing gas may be an indelicate matter for humans, but for at least one species, farts are a means of communication. Researchers have studied the farting habits of Atlantic and Pacific herring, which make high-frequency sounds by forcing air out of their anuses to "talk" to each other in the dark. The farts encourage other fish to cozy up as the group bunks down for the night [source: Owen]. It's a flatulent friendly environment that humans, who have been known to emit bed-clearing farts, just don't share.

And, while we don't use flatulence to communicate like these finned farters, everyone, from glamorous celebrities to powerful politicos, passes gas. In fact, the average person farts between 10 and 20 times a day [source: Ohio State University]. A fart is a potent mixture of swallowed air and bacterial byproducts that ferment in the intestine. These byproducts — nitrogen (59 percent), hydrogen (21 percent), carbon dioxide (9 percent), methane (7 percent) and oxygen (4 percent) — combine to create a flammable gas that is heavier than air and, because of the hydrogen sulfide, contains a scent that is sometimes reminiscent of a rotten egg. Even so, all farts don't smell the same because of the varying amounts of bacteria and yeast in each person's digestive system [sources: Men's Fitness, Cohen].

While anecdotal evidence circulating on the Internet states that farts travel an average of 10 feet (3 meters) per second, or nearly 7 miles per hour, a scientific determination of fart speed is more difficult to pinpoint. If we were to calculate the velocity of a fart, the kinetic theory of gases would offer useful guidelines. All gases — including those that escape the body during a fart —have macroscopic properties that include temperature and pressure related to molecular motion. When gases are at the same temperature and volume, they will exert the same pressure against their containers. And, the greater the temperature of the gas, the more kinetic energy it will have, because heated atoms move faster than cooled atoms.

Taking into the account the temperature, pressure and kinetic energy of molecules, the kinetic theory of gases can predict gas speed. Keep in mind, however, that the molecular makeup of various gases causes them to have different speeds. Calculating the speed of a fart would require factoring the speed of not only the methane, but also carbon dioxide and hydrogen sulfide [source: University of Waterloo].

Measuring fart speed is problematic because of the many variables. The composition of the gas itself, which can vary by food and by person, means the calculation would change for each fart. However, it is theoretically possible to find an average fart speed based on the typical composition and volume of an average fart. According to Ohio State University, the typical fart volume is about 2 liters a day and the average person farts 10 to 20 times a day [source: Comstom].

In the end, it may be easier to gauge the sound of a fart than the speed. If you'd really like to impress your friends, compare your fart to the speed of sound, an impressive 760 miles (340 meters) per second. Unless they're really into chemistry, they'll never know whether your fart was particularly speedy — or not.

Why do I get gassy when I fly?
What You Should Know About Antibody Testing
Doctors Provide Yet Another Reason to Never Hold in a Sneeze