Is there a health benefit to picking your nose? 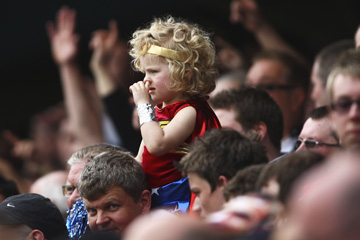 Can clearing the bats out of the belfry actually be good for your health?
Tom Shaw/Getty Images

Have you ever met a kid who didn't pick his or her nose? They're tough to find! It's a common habit – and not just among children. Scientific surveys found that 90 percent of adults and about 96 percent of teenagers engage in this behavior at least occasionally [source: Abrahams].

With so many people manually clearing out their nostrils on a regular basis, it's probably a safe bet that it's not a particularly harmful activity. In fact, it may actually be good for you. Dare we say there could be a health benefit to – wait for it – eating the boogers you find? Seriously.

Scott Napper, a Canadian biochemist and professor, believes that eating what you pick from your nose can strengthen your immune system. His theory rests on the idea that allowing small particles of bacteria into your body helps your immune system undertake more effective germ-fighting responses. And, maybe this benefit is why humans evolved to pick our noses in the first place.

To test his theory, Napper asked his students to take part in an experiment. He wants to add a harmless molecule to the volunteers' nose. Afterwards, he plans to ask half of them to pick their boogers and eat them. (The other half doesn't have to go searching for snot.) When that's done, he'll run tests to check the participants' immune system reaction to the molecule. He wants to know if the ones that ate the contents had a more robust reaction. As of the date of this article, the experiment has not been officially concluded." [source: Burdeniek].

Other medical experts are a little more skeptical. They believe that eating your own dried mucus offers little additional health benefits, since we already swallow our own mucus unconsciously.

However, if such a theory makes sense to you, and you're a fan of booger eating, keep these things in mind. First, we don't want to know about it. Second, when you put your fingers in your mouth, you also bring along any other germs that may be on your hands. If you plan on practicing this habit, it's a smart idea to wash your hands regularly (but not excessively).

On the next page, you can learn lots more about the amazing human body.

Please Stop Flushing Your Contacts!
Can holding in a sneeze kill you?
An Historic Sneeze, a Disgusting Sneeze Cloud