Is there a link between concussions and dementia? 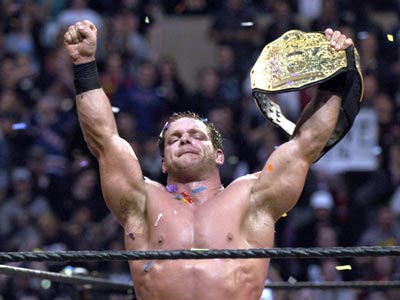 In June 2007, Chris Benoit, a 40-year-old professional wrestler, killed his son, his wife and then himself. It's easy to be baffled by such a tragedy, but in the case of Benoit, his brain contained clues as to what could push a person toward such violent behavior. Doctors from the Sports Legacy Institute, which is dedicated to the study of brain injuries in athletes, examined Benoit's brain. Their tests showed that it was riddled with the clumps, tangles and dead cells characteristic of Alzheimer's disease.

A concussion is literally a bruise to the brain. When a person experiences a blow to the head or the head shifts too suddenly, the brain moves through the cerebral fluid and can hit the interior of the skull. A concussion can knock a person unconscious and cause memory loss, confusion, headaches, dizziness and ringing in the ears. It can also impair one's ability to think and speak clearly.

After any concussion, a person's brain is extremely vulnerable for at least a few days. Any further concussions, or so-called "mini concussions," during this period can significantly compound the damage already inflicted. Another concussion could be fatal, which is sometimes the case with second impact syndrome, when the brain and its arteries swell dangerously.

Besides all of the obvious dangers of concussions, increasing evidence shows that repeated concussions, particularly in athletes, can lead to early-onset dementia and similar disorders. With at least three concussions, the risk of early-onset Alzheimer's disease increases fivefold [source: Cantu].

Let's look at how concussions can be devastating for even the most physically capable among us. 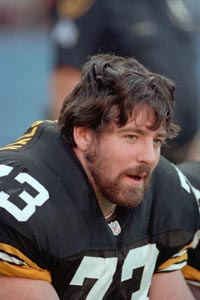 Justin Strzelczyk of the Pittsburgh Steelers on the sideline during a game against the San Diego Chargers in Pittsburgh, Penn.
George Gojkovich/Getty Images

Even mild concussions, especially when sustained within a short period of time, can lead to long-term effects or disabilities, such as memory loss, diminished senses or mood swings. And while the symptoms of a Grade One concussion disappear within 15 minutes, the brain may not fully heal for a week or longer [source: Wanjek]. A Mayo Clinic study found that a person's risk of developing Parkinson's disease increases by a factor of four after a moderate head injury [source: Mayo Clinic]. The risk goes up greatly with more severe head injuries, indicating that head trauma is a contributing factor for some people who develop Parkinson's.

­Boxers are notorious for suffering many of the long-term effects of concussions, particularly because concussion risk increases greatly after a person has already experienced one. Some of these effects have been observed, if not diagnosed or treated, for 80 years [source: ABC News]. Many former boxers experience blackouts, slurred speech, confusion and mood swings.

Athletes often don't tell others about concussions received. Frequently they fear being labeled as lacking heart or losing a starting spot on a team [source: Schwarz]. The problem with reporting concussions is particularly acute in the NFL. According to a study at the University of North Carolina, the prevalence of depression in NFL players is related to the number of concussions sustained [source: Schwarz]. Among surveyed players who had three or more concussions, 20.2 percent were clinically depressed [source: Schwarz].

On Sept. 30, 2004, former NFL player Justin Strzelczyk died in a car crash at the age of 36 as he fled from police officers in a high-speed chase. A post-mortem test performed three years later showed that Strzelczyk had brain damage akin to dementia. The diagnosis was chronic traumatic encephalopathy (CTE), also called punch drunk syndrome, boxer's syndrome or dementia pugilistica. Common in boxers, CTE is caused by head trauma, developing on average 16 years after the first head injury [source: About Dementia]. The brain of a patient with CTE shows tangles and threads, such as those found in the brains of Alzheimer's patients. In later stages, CTE patients develop the symptoms of Alzheimer's disease and dementia.

At least three other deceased NFL players have been diagnosed with or showed strong evidence of CTE. Mike Webster, Terry Long and Andre Waters died, respectively, at ages 50, 42 and 44. Long and Waters committed suicide. Waters' brain resembled that of an octogenarian with Alzheimer's disease.

In February 2007, former Patriots linebacker Ted Johnson announced that his health problems, which include symptoms similar to those of early-onset Alzheimer's disease, could be traced to concussions sustained in rapid succession as a player. He also said that Patriots coach Bill Belichick had pressured him to play in spite of a trainer's advice. One doctor told the New York Times that Johnson, who was 36 at the time of the announcement, could be in the advanced stages of Alzheimer's disease by his 50s [source: Schwarz].

That May, NFL Commissioner Roger Goodell established new rules for dealing with concussions, including better educating players about the injury. The league described plans to develop a system through which players and officials can report if a doctor or coach isn't acting in the best interests of a player's health. The NFL players union created a charitable fund to aid former players suffering from dementia. Players now undergo neuropsychological tests before each season, although each team determines its own rules regarding when players with head injuries can resume activity.

For more articles about concussions, dementia and other related topics, try the links on the next page.

9 Medical Myths
Feel Like a Fraud, Despite Your Success? You Might Have Impostor Syndrome
Your Feet Can Taste Garlic