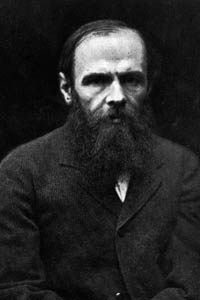 Fyodor Dostoevsky's father had epilepsy, and the condition likely contributed to his numerous personal problems, such as a gambling obsession, as well as his compulsion to write. See more brain pictures.
Hulton Archive/Getty Images

Alfred Lord Tennyson described the experience as "the clearest of the clearest, the surest of the surest, the weirdest of the weirdest, utterly beyond words" [source: Epilepsy.com]. Before they happened to Gustave Flaubert, the Frenchman became terrified, writing that he felt "a whirlpool of ideas and images in my poor brain, during which it seemed that my consciousness, that my me sank like a vessel in a storm." Lewis Carroll also shared this sense of growing unreality, writing that his made him feel strange, like another person [source: Epilepsy.com]. These descriptions aren't nightmares or passages from science-fiction novels. They're attempts to describe what it feels like to a have an epileptic seizure -- in the case of these men, likely caused by temporal lobe epilepsy.

Flaubert, Charles Dickens, Edgar Allan Poe, Fyodor Dostoevsky, Lord Byron, Dante Alighieri, Sir Walter Scott, Edward Lear, Jonathan Swift -- all legendary writers and all epileptics. The hallucinations, seizures and flood of memories associated with temporal lobe epilepsy influenced some of these writers profoundly. Dickens, Dostoevsky and Flaubert cast characters in their works as epileptics. Carroll's bizarre, dreamlike fictions, such as "Alice's Adventures in Wonderland," seem to share some characteristics with the above descriptions of seizures. Some critics have argued that the entirety of "Alice's Adventures" is a symbolic representation of epileptic seizures [source: Boyar].

Many of these writers with epilepsy recorded descriptions of their experiences, leading to posthumous diagnoses, although some were diagnosed within their lifetimes. Even so, the treatments available were fairly crude, especially when compared to modern therapies (suggestions included drinking significant quantities of water, castration and long walks in severe weather). In many communities, the disorder had great stigma attached to it, which is still a source of difficulty for some epileptics today. But now, epilepsy is much better understood and often treatable. We also know some of the risk factors associated with epileptic seizures. For example, alcohol probably increases the chance of seizures, a fact unknown to the aforementioned writers, some of whom, like Lord Byron, were known for their propensity for drink [source: Epilepsy Foundation].

In this article, we'll take a look at an interesting and often overlooked question surrounding this seizure disorder: Namely, why are there so many great writers with epilepsy? The answer shows that the same malady that endangered the health of these writers may also have helped their writing. 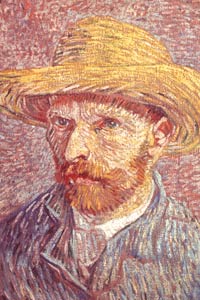 For more articles you might like about mental health and the brain, from epileptic seizures during a full moon to the evolution of the human brain, try the links on the next page.

Can you really feel the weather in your bones?
Does Playing With Toy Guns Lead to Later Acts of Gun Violence?
For Teen Twins, Bad Behavior Can Be Contagious