The In Vitro Process 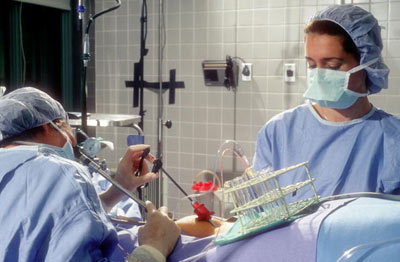 Doctors perform laparoscopice surgery on a woman in preparation for in vitro fertilization.
Yvonne Hemsey/Getty Images

The saying "nothing worth having comes easy" could refer to the process of trying to conceive via IVF. An IVF cycle takes four to six weeks to complete and usually costs about $12,000 [source: Baby Center]. Some women may have to endure multiple cycles before getting pregnant. In fact, in the United States, women under the age of 35 have only a 30 to 35 percent chance of having a baby after an IVF cycle, with the chance dropping to 20 to 25 percent in women between 35 and 40. Women over 40 have a 6 to 10 percent chance of a live birth per cycle of treatment [source: CDC].

There are five steps in the IVF treatment cycle.

Of course, something with this many steps is bound to have risks. We'll discuss the most common risks of IVF in the next section.