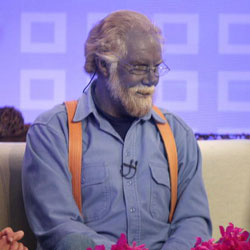 Some rare skin conditions are present at birth, others can be the result of behaviors. For example, argyria, as seen in Paul Karason on the "Today" show in 2008, has been linked to consuming large amounts of colloidal silver. See more skin problem pictures.
James Devaney/WireImage/Getty Images

You've probably seen pictures or at least heard of the old "freak shows" once shown at traveling carnivals and circuses. They'd feature such rarities as "Siamese" (conjoined) twins or "werewolf boys" with faces covered in hair.

Such exhibitions have fallen out of favor because they're now considered insensitive and politically incorrect. And yet, we still follow news stories about whether an operation successfully separates conjoined twins and films that focus on uncommon physical conditions, such as "The Elephant Man," "The Others" and "Stuck on You." Their popularity speaks to people's enduring fascination with rare, unusual conditions.

In this article, we'll take a look at a few of the rarest and most interesting skin conditions that have been known to affect people all over the world. In fact, the famous "Blue Man" of the Barnum and Bailey show suffered from a condition we'll cover in this article.

Many of the conditions range the spectrum from impeding a person's normal lifestyle to even becoming life-threatening. And all of these conditions have fascinated and bewildered doctors throughout the years.

Up first, we'll look at a condition that can happen as the reaction to simply taking medication.