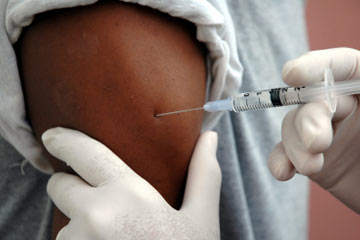 Lose weight without even trying! Watch the pounds melt away! Anyone who's trying to quickly lose a few pounds might be interested trying the "next big thing" in weight loss. Seeing dramatic "before" and "after" pictures on TV, in magazines and newspapers, and online can prod anyone into trying a quick weight-loss scheme. Every year, it seems like the media finds a new diet to tout -- along with the clinics that cater to the fad and customers who swear by the results. Popular weight-loss plans in recent years include the Dukan Diet (eating lean protein and oat bran), the South Beach Diet (choosing low-carbohydrate foods), the Atkins Diet (radically reducing carbohydrates) and the Master Cleanse (adopting a liquid diet comprised mainly of lemon or lime juice).

These diets gain quickly in popularity when the media hops on board, reporting the new diet fad, the rising number of adopters and testimonials of success from satisfied, slimmed-down believers, including celebrities who've lost weight on the plans. But soon enough, reports come out warning of the dangers involved with unusual weight-loss schemes that often involve cutting out much-needed food groups, or eating only a certain food or food group. Then, follow-up stories trickle from unsatisfied customers, or from former believers who have since gained the weight back. More or less, by the time this cycle runs its course, it begins again with a new diet trend.

Diet crazes and schemes are nothing new. In the 1920s, "reducing soap" actually promised to eliminate fat on any part of the body that was washed with this miracle cleanser. From the 1920s through the 1950s, some people attempted the tapeworm diet, which didn't require much change in eating habits, other than consuming a tapeworm. The belief was that the tapeworm would helpfully join you in eating your meals, albeit from the comfort of its home -- your intestines. In the 1990s, a diet pill called Fen-Phen took the market by storm, but later it was discovered that the drug could cause heart valve problems. In response, the U.S. Food and Drug Administration took the product off the market.Today, another diet trend is back on America's radar, and it promises to help dieters lose a pound a day, or even more. It's the hCG diet, and it was developed by a doctor who believed that a hormone found in a pregnant woman's body could help overweight men and women lose weight -- and keep that weight off after returning to their normal routines.