The DSHEA: Why the FDA Doesn't Regulate Herbs 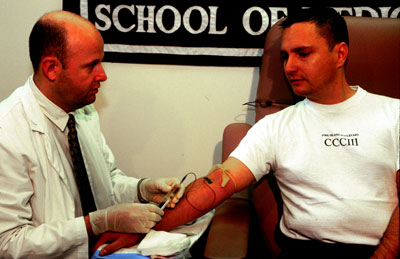 So why doesn't the Food and Drug Administration (FDA) regulate herbs? The most obtuse (but accurate) answer is that the herbal ingredients found in supplements on the market simply haven't been classified as drugs -- they're considered dietary supplements. Some naturally occurring plants, like marijuana and psilocybin mushrooms, are classified as drugs. These, however, are considered illicit drugs rather than medicinal ones and are enforced under the purview of the Drug Enforcement Agency instead of the FDA.

Herbs' classification as dietary supplements comes from the Dietary Supplement Health and Education Act of 1994 (DSHEA). The act essentially ties the regulatory hands of the FDA. Producers of pharmaceutical and over-the-counter (OTC) drugs alike must first demonstrate that their products are effective and safe. After an average of 8.5 years' worth of tests, conducted first in labs and then in clinical trials at universities, drug producers file an appeal for FDA approval. The FDA then reviews the claims and either approves the drug, classifying it as an OTC or prescription drug. If the FDA doesn't approve the drug, it cannot be sold in the United States. Only about 0.1 percent of the compounds first tested in labs ever receive FDA approval [source: FDA].

There is no similar process for herbs. Under the DSHEA, the burden of proof to demonstrate an herbal supplement or its ingredients are unsafe is transferred from the producer to the FDA [source: Doogan]. Essentially, anyone who can package, market and distribute supplements with herbal ingredients can do so with no oversight by the FDA. As such, herbal supplement manufacturers can make wide claims concerning the benefits their products provide people who pop them. Only after a drug has been proven an "unreasonable" health risk or "imminent hazard to public safety" can the FDA compile a complaint, file it and hope for the best [source: Doogan].

The DSHEA gives a lot of leeway in making claims for herbal supplements. So long as the producer doesn't say the product can "treat, mitigate or cure a disease," it's in the clear [source: FDA]. This leaves a fairly wide loophole through which supplement producers can market their products. For example, rather than saying their product containing hoodia (a cactus found in the Kalahari region of Africa thought to suppress appetite) cures obesity, the producer can simply say its product leads to quick weight loss. Other producers claim herbs like Echinacea and St. John's Wort boost the immune system and provide a sense of well-being, respectively, rather than prevent illness and treat depression.

In addition to the potential health risks, the lack of FDA oversight has also led to a measure of hucksterism in the herbal supplement industry. In March 2008, the makers of Airborne, a natural cold prevention supplement settled a $23.3 million class action lawsuit after it was revealed their product couldn't hold up to the claims it made. The settlement was further helped along after it was revealed the clinical trials on which the company based its claims were conducted by a two-person company created just for the Airborne trials [source: Nizza].

None of this is to say that herbs don't provide benefits to human health. There are certainly plenty of reputable companies that take alternative medicine seriously. As long as the FDA operates under the DSHEA, though, it's buyer beware for consumers traversing the herbal supplement industry.