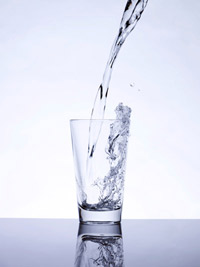 Some European countries have banned the fluoridation of drinking water.
Ballyscanlon/ Photodisc/Getty Images

The practice of water fluoridation has been controversial from day one. It was first introduced in the U.S. in the 1940s, when Grand Rapids, Mich. added fluoride to its public water supply in the wake of wide evidence that fluoride helps strengthen teeth and supports oral health. Many of us use toothpaste with fluoride in it for this purpose, and organizations like the American Dental Association and the International Dental Federation believe that drinking water with added fluoride can help our teeth in much the same way that toothpaste does. After the World Health Organization's 1969 endorsement, countries throughout the world began fluoridating their drinking water.

However, in the 1970s through the1990s, some European countries reversed their stance. Countries like Germany, Sweden, the Netherlands and Finland discontinued fluoridation, while France never even started. The exact reasons for the policy change depend on who you ask. Some sources say it's because the proclaimed benefits weren't panning out or because the logistics just weren't practical for certain areas. Others claim it's because, technically, fluoride can be poisonous.

Poisonous? Yes -- but then, lots of the things we ingest are potentially poisonous, like alcoholic beverages, the mercury in fish and the magnesium in antacids. It would be very hard to consume enough antacid medicine to die from magnesium poisoning, though.

At what dosage level does fluoride become harmful? How much is in the U.S. water supply? Next, we'll learn what can happen if we ingest too much of it. 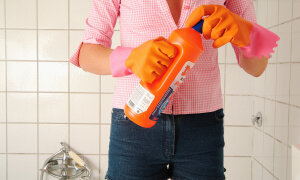