by Maria Trimarchi
Prev NEXT
10 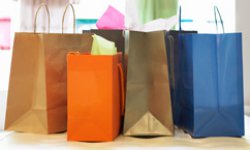 Compulsive shoppers experience a high or sense of euphoria from shopping.
DCL

A study conducted at Stanford University in 2006 found that an estimated 6 percent of Americans are affected by a shopping addiction, but a 2008 study in the "Journal of Consumer Research" suggests the number may be closer to 9 percent of the population. So what's the difference between simply enjoying shopping and being a compulsive shopper? Compulsive shopping is characterized by excessive time and money spent shopping, lying about and hiding purchases, masking feelings of emptiness, anger, depression or other negative feelings, and a need for establishing a sense of control. Compulsive shoppers often feel guilty about their behavior but simply can't stop shopping. And many purchases remain unopened or unused.

Compulsive shoppers experience a high or sense of euphoria from shopping. It's similar to when an individual with a substance abuse problem uses his or her drug of choice. "The external source of relief -- shopping in this case -- is always pleasurable the first time. Endorphins are released, blotting out our discomfort. If that didn't happen the first time, we wouldn't try to repeat the experience. Eventually, though," explains Szopa, "it becomes a circular exercise in diminishing returns. As stressors increase, the reward loses its punch, so we have to do it more often and in increasing amounts in an attempt to get effective relief."

A combination of cognitive-behavioral therapy and medication (such as antidepressants) can help break the shopping cycle, and is often accompanied by programs such as "Debtors Anonymous" or other credit counseling. 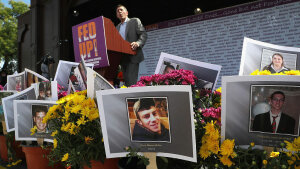 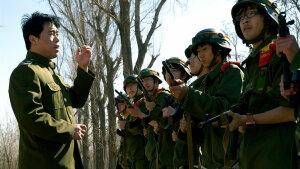