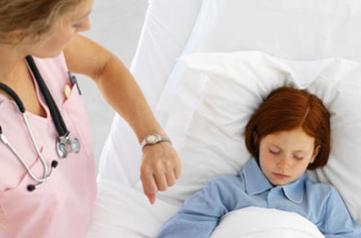 Being sick is something most people try to avoid. A small percentage of people, however, relish the thought of going to the doctor, undergoing

tests -- even having painful surgery. Though they know they aren't really sick, people with Munchausen syndrome pretend to be ill because they're seeking attention and sympathy.

Munchausen syndrome is a strange -- but very real -- mental health condition. It's the most severe type of factitious disorder, a group of conditions in which people purposely exaggerate, invent or even cause disease symptoms.

It's hard to know exactly how many people have Munchausen syndrome because most are so adept at hiding their behavior. Some people even adopt aliases or travel to different areas to avoid detection.

In 1951, British physician Richard Asher first described the condition in the medical journal The Lancet. He named it after Baron von Munchausen, an 18th-century German military officer who told highly exaggerated tales about his life.

Researchers aren't sure exactly what causes Munchausen syndrome, but they believe the risks include:

Most people who have the condition are either young or middle-aged, but Munchausen syndrome can occur at any age.

People with Munchausen syndrome will go to great lengths to feign illness. They might pretend to be sick by tampering with instruments (for example, heating a thermometer) or altering blood or urine samples, or they might actually cause symptoms by injecting themselves with foreign substances (such as toxins) or taking unnecessary medications.

Some of the symptoms of Munchausen syndrome include:

Munchausen syndrome can lead to real health problems from taking medicines and undergoing unnecessary procedures. It also can increase the risk of suicide, interfere with work and family relationships, and can even lead to death.

­Thanks to Marc D. Feldman, M.D., clinical professor of psychiatry at the University of Alabama. Munchausen.com, mdf@munchausen.com.

In the late 1970s, a British pediatrician named Roy Meadow published an account of two baffling medical cases. In one case, a 6-year-old girl named Kay had been admitted to the hospital 12 times for a urinary tract infection and had been treated with eight different antibiotics -- all unsuccessfully. In the other case, a 14-month-old boy named Charles had been hospitalized many times with drowsiness and vomiting that had no apparent medical cause. Meadow ultimately discovered that the two cases, although they appeared different, had a lot in common. Kay's mother had altered her urine samples to make it appear as if the child were sick. Charles's mother had induced his illness by feeding him large quantities of salt (he eventually died).

Meadow called this condition, in which caregivers knowingly falsify information or inflict harm on their children to garner sympathy, Munchausen syndrome by proxy. Proxy means "through a substitute." The caregiver, not the sick person, is the one faking or causing the illness.

Munchausen syndrome by proxy has also been called Polle syndrome, for Baron von Munchausen's son Polle, who reportedly died under mysterious circumstances around the time of his first birthday. However, some experts say that historical information is incorrect, and the term is no longer used today.

This condition is very rare -- there are only about 1,000 cases a year, according to best estimates. The most common scenario is a mother pretending that her child is sick, or making her child sick because she craves the sympathy she receives as a result. The mother might change test results (for example, by adding a foreign substance to a urine test), inject chemicals into the child, withhold food, suffocate the child or give drugs to cause vomiting. Then the mother will insist that the child go through many tests or procedures to treat the supposed problem. Because the victim is a child, Munchausen syndrome by proxy is considered a form of child abuse.

Someone who has Munchausen syndrome by proxy may be seeking attention because she was abused or lost a parent as a child, or is going through difficult marital problems or another major life stress. Being seen as the caring parent by hospital staff is a way to earn praise that the sufferer might not have garnered otherwise.

Baron Karl Friedrich Munchausen (1720-1797) was a German officer who served in the Russian cavalry in repeated military campaigns against the Turks. When he returned, he entertained his friends with stories of his exploits, embellishing many of the details. Over time his stories became more and more outrageous, and they were eventually captured in the 1785 book "The Surprising Adventures of Baron Munchausen." Monty Python alum Terry Gilliam adapted the book into a movie in 1988.

Signs of Munchausen Syndrome by Proxy

Signs of Munchausen syndrome by proxy include:

V­ictims of Munchausen syndrome by proxy have to go through unnecessary tests and treatments that can be painful or even dangerous. Because the caregiver seems so genuinely concerned, it's often hard for doctors to spot the problem before it's too late. This difficulty discerning Munchausen syndrome by proxy from real illness has led to a number of false allegations against parents.

In the 1990s, Dr. David Southall of England conducted an experiment using hidden video surveillance in hospital rooms to catch those suspected of having Munchausen syndrome by proxy. His video cameras captured horrifying images of mothers smothering and poisoning their children. Of the 39 suspected abusers he videotaped, 34 were captured on tape hurting their children and five later admitted to killing their children.

Although Southall was hailed as a champion of children in some­ circles, he was vilified as an enemy of mothers in others. A number of parents were sent to prison, and some say falsely accused, based on evidence he provided. In 2004, Southall was found guilty of serious professional misconduct after falsely accusing a man of murdering his children, and was temporarily banned from working with child abuse victims.

Munchausen in the Media

Considering the dramatic nature of Munchausen syndrome by proxy, it's no wonder the condition has been mentioned in movies, TV shows, and even song lyrics. Here are just a few: 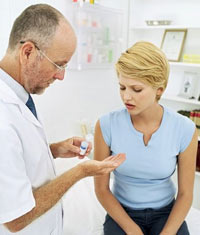 In Search of the Perfect NCAA Bracket? Try Winning Powerball Instead
10 Facts About Eating Disorders
ADHD and Autism